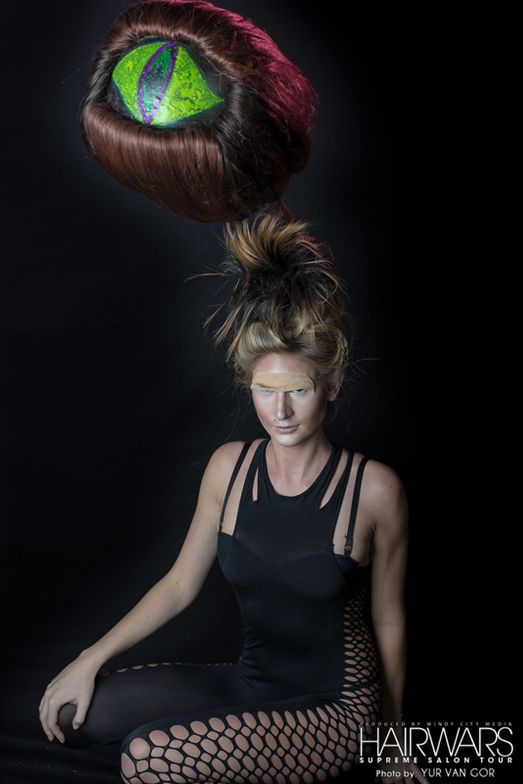 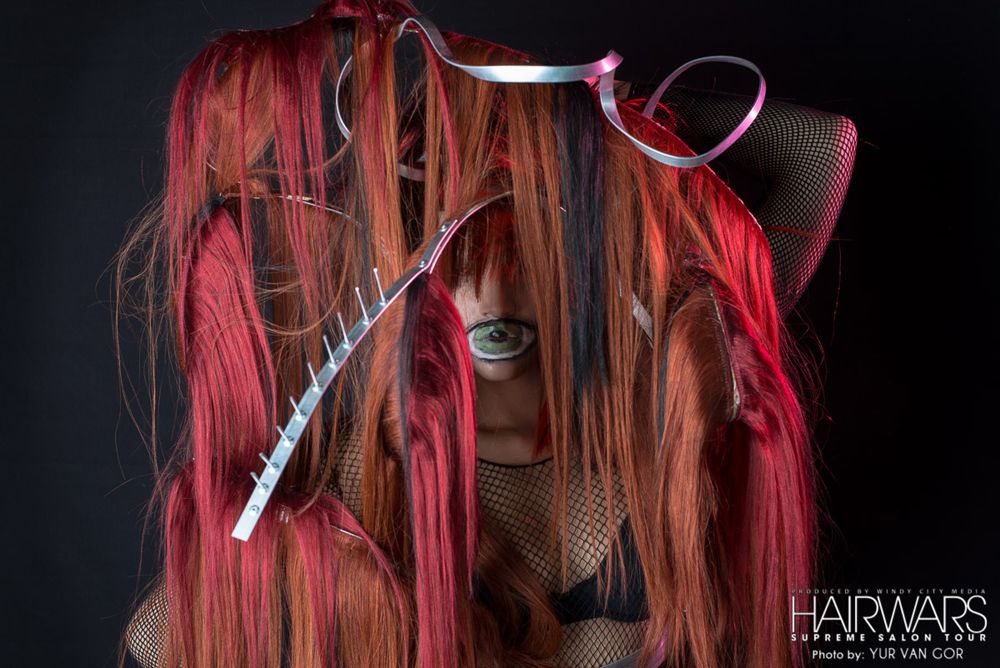 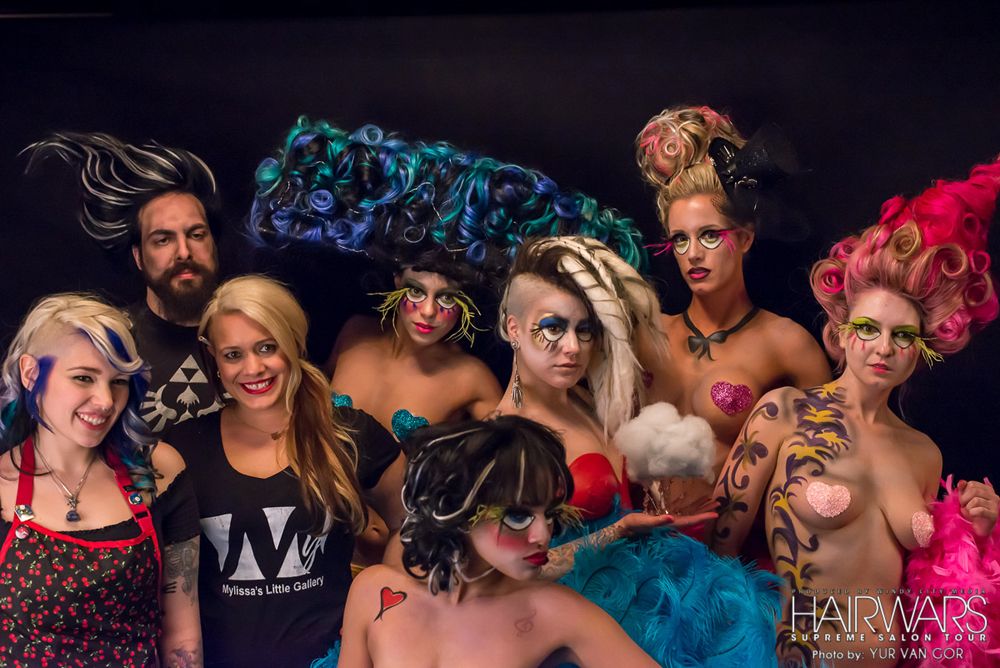 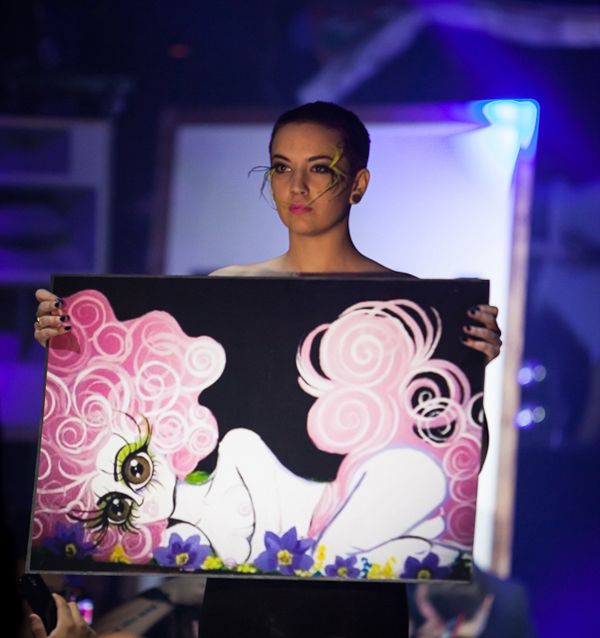 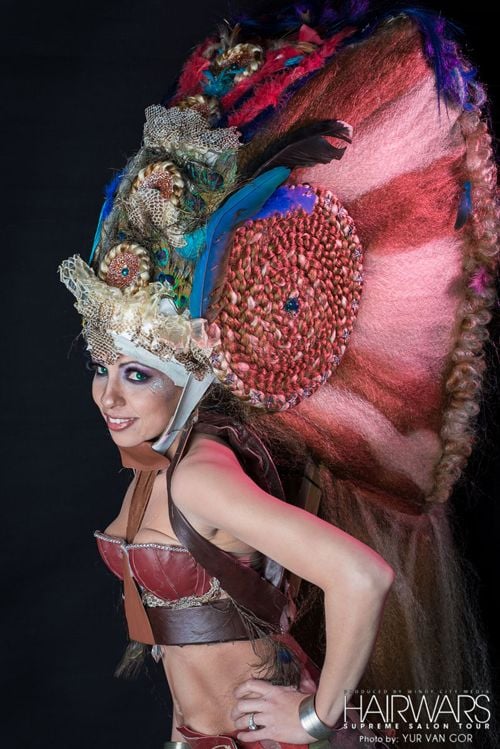 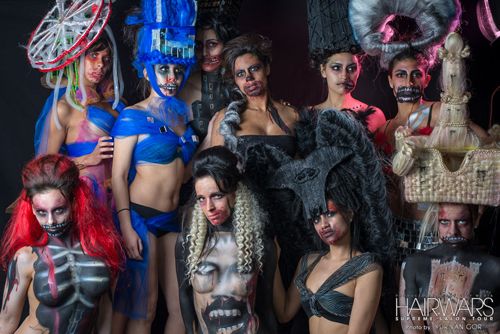 Chicago The Day After theme, Colorrific Coiffure
1/11
View all

The 2013 Hair Wars Supreme Salon Tour stopped at the MID in Chicago recently, where top Chicago salons competed for the title of “Supreme Salon.” The competition was judged by MODERN’s Lauren Salapatek, NAHA’s 2012 Newcomer of the Year Sal Misseri, and Denese Barera, from Platform Artists for Indola USA headed under Educator Joe Tristino. The event was hosted by NAHA’s 2011 Stylist of the Year, Eli Mancha, owner of Bang Salon. Taking home the grand prize, BCS Salon won a $1,000 cash prize and gifts from sponsor P&G Salon Professional. Here’s a little more about each of the teams who competed:

Concept: Mylissa’s Little Gallery looked to their salon’s paintings for inspiration. During their presentation, they had a model walk down the runway with a painting and then afterwards another model would walk down wearing the look in the picture.

Concept: BCS Salon’s models wore hair styles representing all different genres of music, from Reggae to Rockabilly to Classic Rock. Winning the grand prize was no surprise; styles featured a giant hair violin headpiece, hair headphones, dreadlocks and more. According to Gilbert Castro, the stylist for the collection, the prepping, planning and execution of these looks took two months, and three dress rehearsals to perfect. During the presentation, one model was tasked with carrying around an old ‘80s boom box and as he “switched the radio stations,” a new model would walk out according to the genre of music.

Concept: Bongos and tribal music played in the background as dancer after dancer came on stage showing off their tribal outfit and body paint.

Theme: Chicago The Day After

Concept: Appealing to Chicagoans and Walking Dead Fans, this collection played homage to both, incorporating a zombie theme in the make-up and Chicago landmarks in the hair. Each model wore faux blood and torn clothes, while hair styles ranged from the Picasso, the Watertower, Trump Tower, Hancock, The Willis Tower (formerly the Sears Tower), the Bean and even Navy Pier. This salon said it took them an entire week to complete the concept, working five hours a day and 24 hours straight before the performance.

Concept: Stylist Angela Hernandez says their collection’s concept was a clash between warriors and Gods in Latino history. Hairpieces were all hand sewn, taking two months and 10 hours per day to create. Models wore master hairpieces, colorful body paint, gold jewelry, beads and headdresses in the shapes of crowns. They even incorporated synthetic hair into the outfits!

Concept: How avant garde can you get in Hair Wars? Planet Color’s models went all out, dressed as “punked out extraterrestrials.” They wore futuristic outfits with fishnets, while their hair incorporated lights and massive amounts of extensions. According to stylist Joe Paciorek, the collection took three to four weeks to create, with the centerpiece being a model with a make-up eye around her mouth.

“The technology within the industry is improving at an accelerated pace, making less invasive options with little to no downtime more accessible and enticing."

Entrepreneurs need to find solutions to streamline their businesses so they can attend to their clients and their craft.

What do you do for the client needing to glam up for a red carpet event when she only has 15 minutes? Nikki La Rose shares her tips for making a client look beautiful and confident with just a few easy touches.

Take a tour of the D Anthony Salon in Nyack, NY and see it through the eyes of owner D Anthony.

Amika Team to Be Honored by City of Hope

The amika team will be honored with the City of Hope Spirit of Life Award.