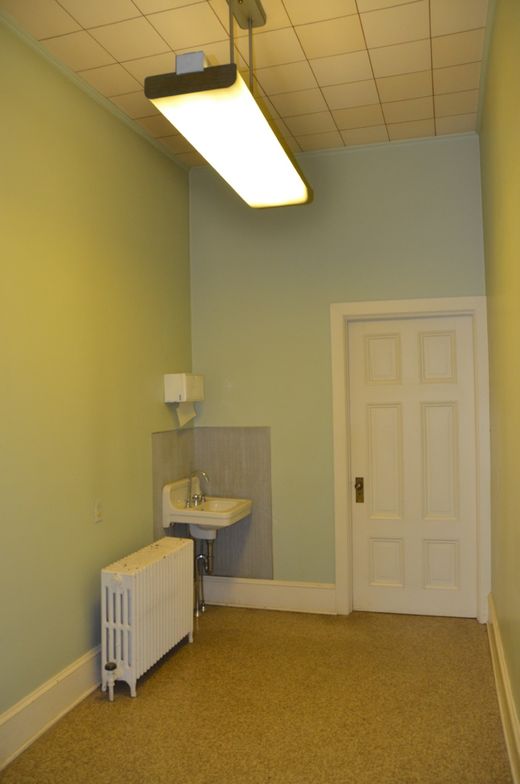 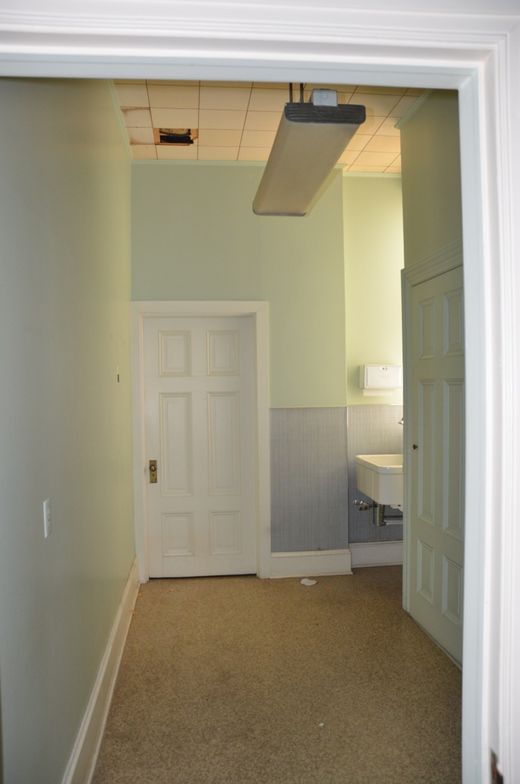 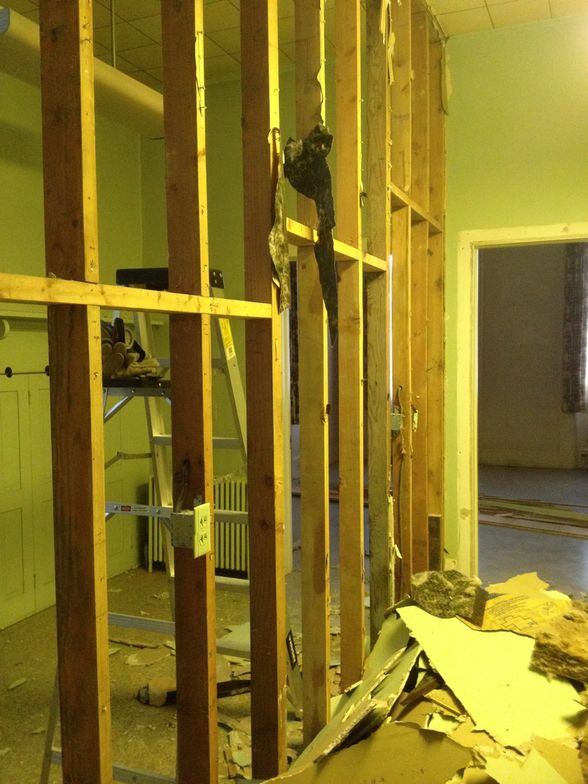 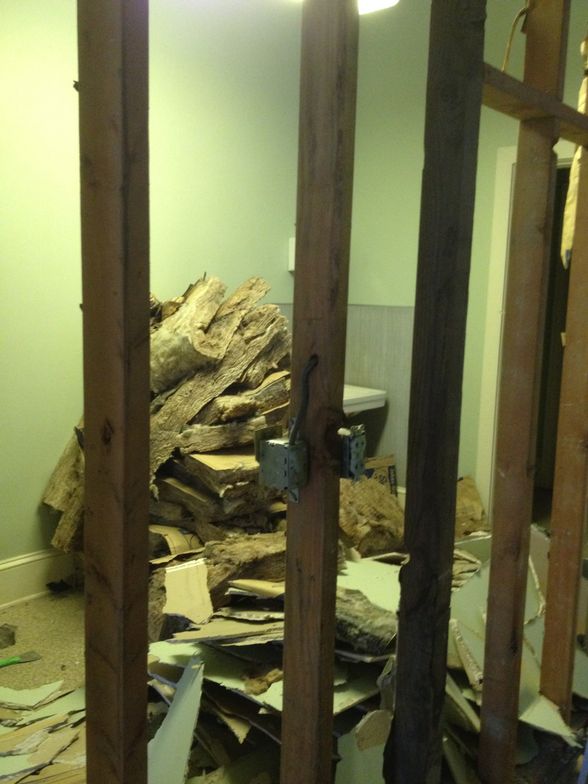 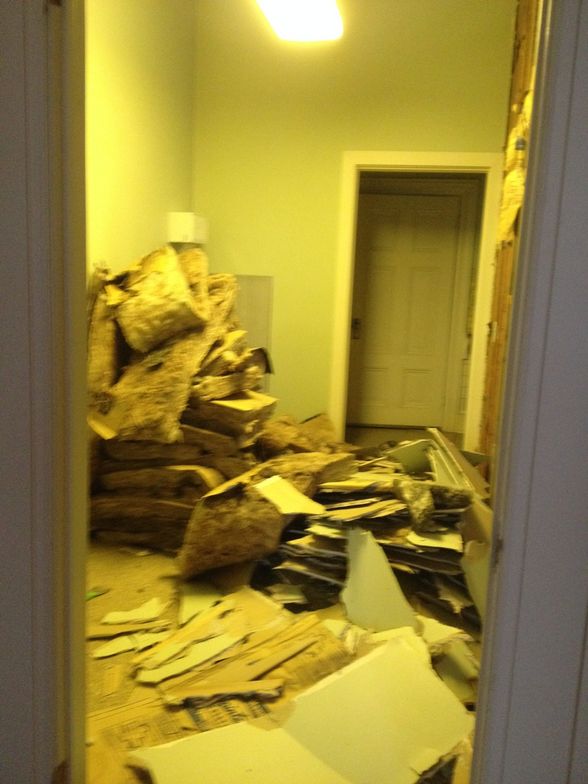 Talk about not building Rome in a day, it’s taken a lot more time just to get going than we anticipated, and by get going, I just mean started. We purchased a new home at the end of October and shared in my November and December blogs about buying this amazing new house and living in our new home/creative space/studio salon location, and since then a lot has happened which has caused much less to be accomplished. But as I always say, I'm not that special, so I know many others have experienced these types of hold ups or similar, let's get caught up.

Snow what? With the amount of snow we had this winter, an average of one new snow fall every 7 days, and freezing temperatures that lasted until mid-April, we had some major set backs in moving forward. When we purchased the 150(+-) year-old home we knew we had roof and chimney issues, plus we thought converting from oil to natural gas would be smart in the long run. Unfortunately, the original gas system we were looking to convert to needed a chimney liner, and in order to do that the chimney would first need to be replaced, and to do that it couldn’t be freezing. So, first we were told March would be the soonest, but April ended up being the reality before they could start. That ended up being ok though, because the further we got into the winter the more we realized we didn't just need to convert to natural gas, we needed something completely different.

Bring on the Gas

After running out of oil the day after Thanksgiving and purchasing over $7,500 dollars in oil in addition to what the previous home owner left us, we realized we had a problem. With an estimated $11,000 annual heating cost staring us in the face, we went back to our HVAC guy, Al, to see what we could do. Thank goodness Al is such a great guy, he worked with us and set us up for success with a hi-efficiency computerized natural gas boiler and small commercial hot water heater to service the house and salon. This was a lot of money to spend, but the savings down the road should more than repay the cost, our estimates are about $5000+ per year in savings, which will pay for the system in four years.

With such a small space this time, working with less than 800 square feet total, Leah and I decided to use and architectural firm to help us design the studio because we just could not see the layout. This was something different for us as all of the three previous salons we owned we had always done the design ourselves. But, this time was different and we needed some help. So, while the team from the architectural firm was taking measurements and we were talking, it started to come together. The more we spoke the more the ideas became a vision and our new studio began to become a reality on paper.

With still many choices ahead, from high-end options for styling, shampoo chairs and a studio designed to create an experience, there will be lots more coming.  But, for now we have our plans approved, have met with construction companies for bids and have started demo on our new studio with 4 chairs and 2 shampoo sinks. Our plan now is to take a little more time, finish the roof and have the studio ready for guests early fall 2014.

From runway, to film, to print - makeup has the ability to complete or transform an entire look, create a mood or define elegance. Through creative application, artistry, vision and technique, the NAHA Makeup Artist of the Year category honors the best makeup artists in the industry.

These highly skilled colorists display unrivaled artistry, consistency and creativity and continually leave us in awe of what is possible with hair color.

The NAHA Haircutting category honors highly versatile hairdressers who use creative cutting techniques to define features and showcase their creativity through haircutting.

These finalists have an extraordinary ability to create innovative looks for print and media.

2021 NAHA Finalists: Educator of the Year

In a year like no other, we need NAHA, more than ever. Today, the Professional Beauty Association announces 68 talented finalists across 14 categories of excellence.

2021 NAHA Finalists: Team of the Year

Through collaboration, diversity and commitment to a common vision, leading work is often achieved by highly creative teams. The NAHA Team of Year category honors these teams that display world-class versatility, skill, prowess and consistency.

This invitation-only category honors the top artists, educators and artistic directors. The NAHA Master Stylist of the Year allows the very best of the best in the industry to showcase their top work of the year.

Using skill and creative techniques, the NAHA Texture category honors artists who push the boundaries of styling natural and non-natural textures, through a high-level of expertise, skill, and versatility when working diverse hair types.

The Celeb Luxury Concierge Service was designed to assist consumers in making their hair color and product decisions.

Olivia Garden’s new logo design is inspired by their Mission Of Innovation for stylists in 2021...and beyond.

L'ange will work with each selected stylist or salon individually to create compelling content for the ads to help drive business and track the ad’s success with them.