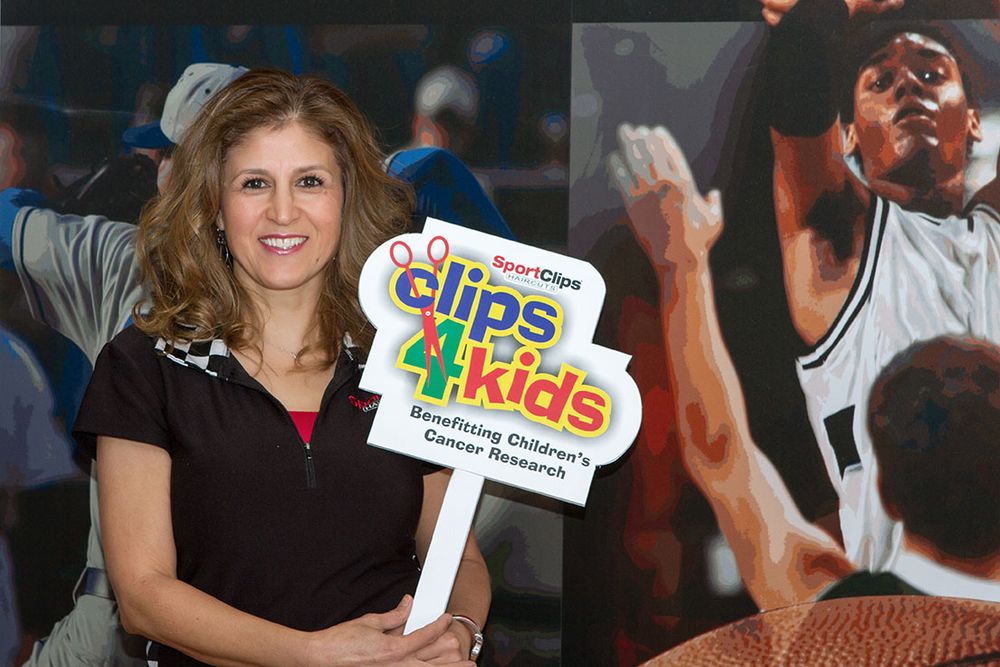 Shahin Urias poses for her Clips 4 Kids program. (This is the before picture, too!) 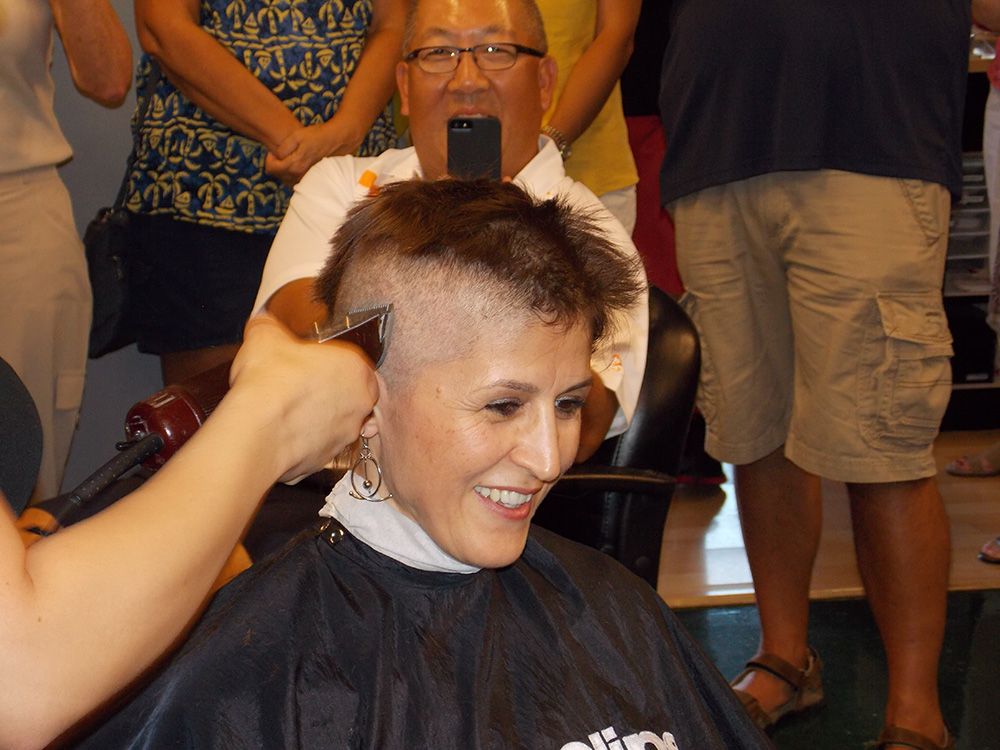 Urias getting her hair shaved at the Clips 4 Kids event! 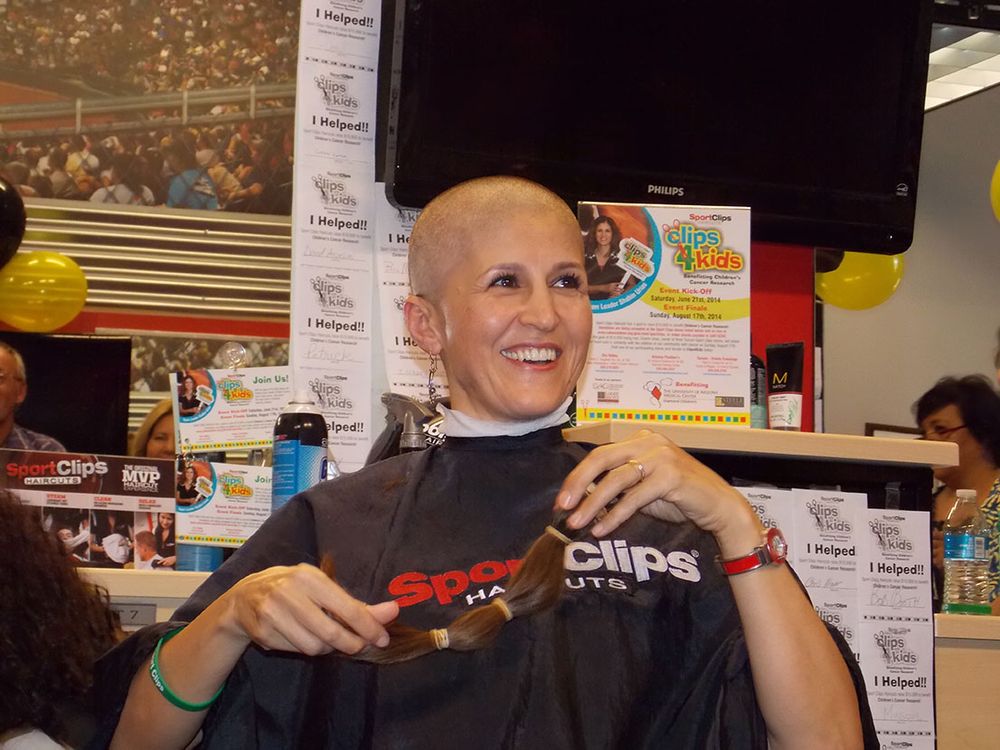 Urias' Clips 4 Kids event was a success! Here's her "After" picture where she shaved her head to support the program. 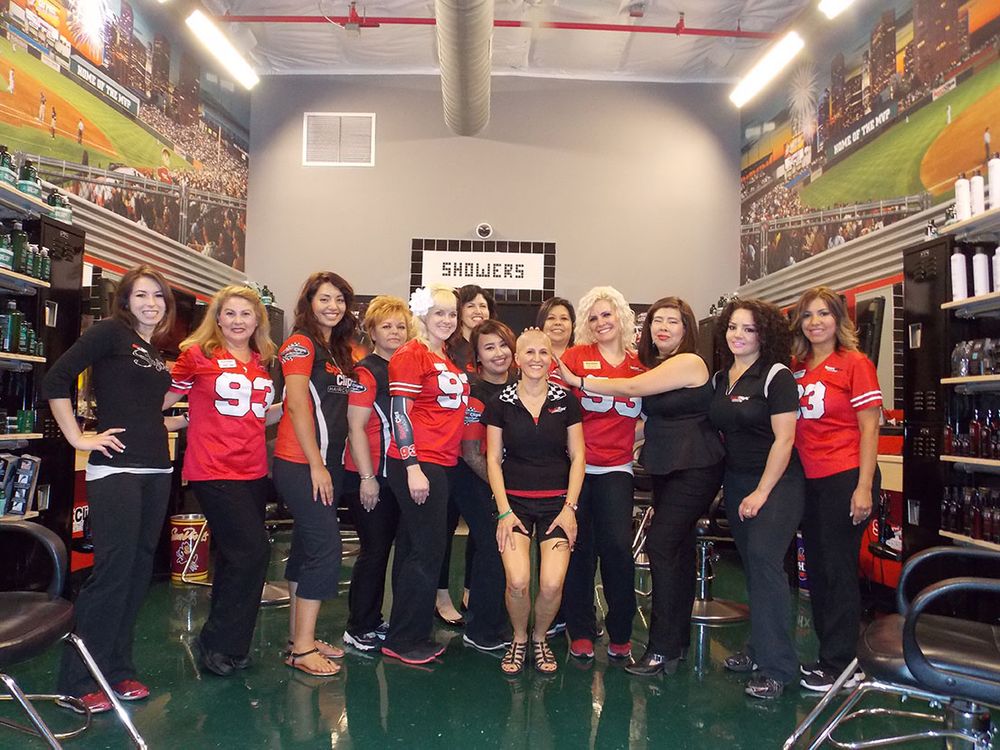 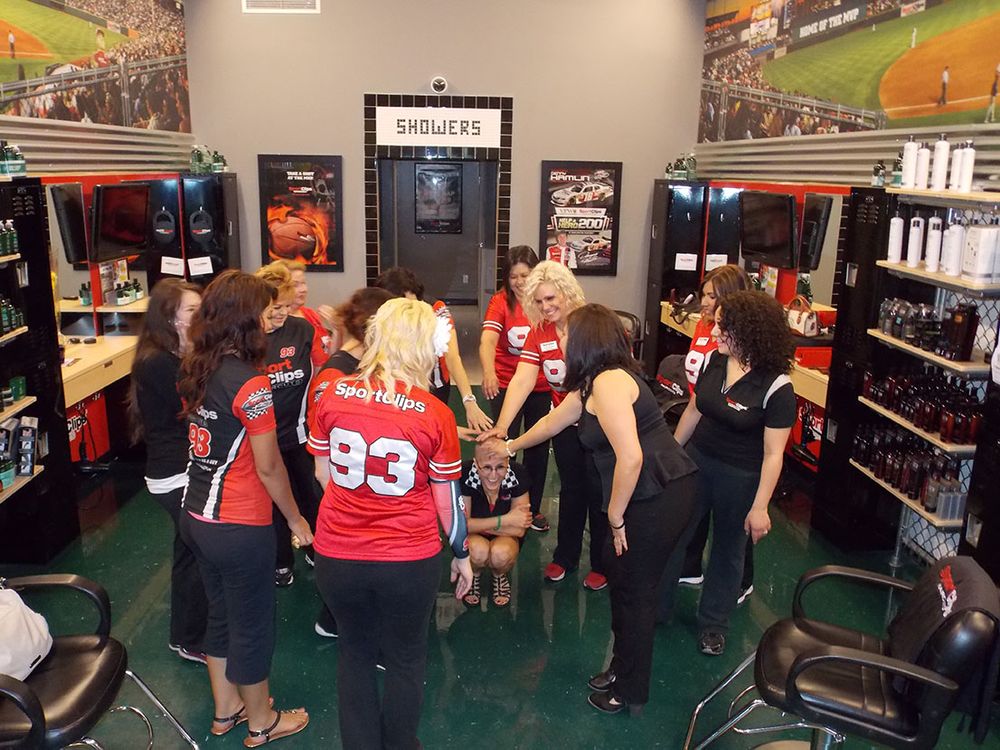 Team work at Urias' four locations in Tuscon, Arizona is very important to the success of her business, she says. 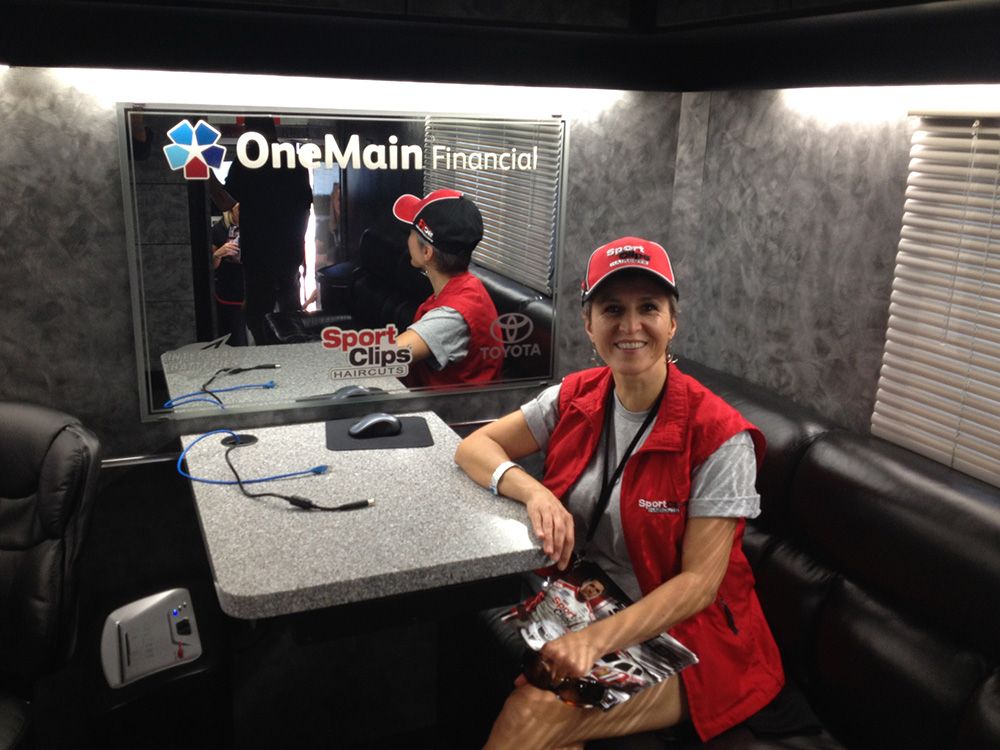 1/6
Slider
Shahin Urias poses for her Clips 4 Kids program. (This is the before picture, too!)

2/6
Slider
Urias getting her hair shaved at the Clips 4 Kids event!

3/6
Slider
Urias' Clips 4 Kids event was a success! Here's her "After" picture where she shaved her head to support the program.

5/6
Slider
Team work at Urias' four locations in Tuscon, Arizona is very important to the success of her business, she says.

Truly a rags to riches story, after many years of a hard life in Iran, Shahin Ebadi Urias is now living the American Dream as a Sport Clips franchise owner of four salons. How did this mother of two make it from Iran to America? MODERN spoke with Urias about how persistence and hard work can take you anywhere you want to go.

Born in 1962, Urias grew up in Iran during an era of turmoil where women had no rights and little choices. The Shah, who previously encouraged modernization in the country, fled Iran in 1979 when the clergy began rioting and the new regime used religion to control the people.

“I grew up in a very strict family, my father was in the military so we were always traveling from city to city. Looking back at my childhood in Iran, I was forced to grow up very quickly – pretty much overnight.”

After her mother died at age of 32 and her three older sisters moved out and married, Urias took the role of caregiver at the young age of 10.

For many years of her life she cooked, baby-sat and took care of her two younger brothers and step-siblings. Dreams of attending school was out of the picture, and many of the universities were closed as a result of turmoil in the country.

At age 20, she married and left home. At that time, Iran was at war with Iraq and Urias’ family lived in Azerbaijan near the border of the two countries.

Urias’ family moved to the countryside to avoid the conflict – but they constantly lived in survival mode. Living in a muddy basement, the family subsisted on the bare necessities. They lacked a mattress to sleep on (and instead used rags and clothes as a layer between them and the dirt).

“It was very hard to live. We had no running water, no money and no electricity. I had a newborn son and times were hard,” she says. “We survived off of the kindness of our neighbors, everyone shared food because it was too far to walk to the city to purchase it. We lived off whatever we could find.”

Urias remembers hanging pictures on the mud walls just to make their living situation feel like home. After some time, Urias had enough, and moved her family back into the city even though it was safer in the countryside.

“In our city home we had a kitchen, electricity and running water to take baths. I had a newborn baby to take care of so it was important to have these necessities. We decided to move back for a little more comfort even though we lived in fear, I preferred that than the village.”

In 1991, her husband decided the family should join his brother in Houston, Texas. They sold everything they owned and bought three-month visas to Austria where they started to process to come to America. After 11 months, the U.S. government paid for their airfare, but they had to pay the government back.

“We decided to move because we cared about the safety of our children,” says Urias. “We wanted to make sure we provided the financials and opportunity for our kids to go to school and be successful. We eventually moved from Houston to Austin.”

When she arrived in America, she taught herself English by learning how to check her sons’ school work, watching TV and while working at her cafeteria job. After learning enough English, Urias was able to enroll in Baldwin Cosmetology School in Austin, Texas. Every morning for 11 months, Urias walked three miles to and from school, took care of her children and then went to work at the cafeteria until 10 p.m. She never missed a day.

“Working as a stylist at Sport Clips was my starting point,” says Urias. “The fact that I had a language barrier and for Gordon to have trust in me and give me a chance to prove myself, gave me strength.” She says. “Sport Clips offered me hourly pay and commission – it allowed me to set financial goals. I knew that if I worked hard, I could increase my pay. All the tools I needed to succeed were provided by Sport Clips. I didn’t have to worry about any out-of-pocket expenses to establish my clientele.”

Urias re-married and moved to Tucson. With the support of her husband, Urias decided become a franchisee with Sport Clips and opened three more stores.

“If you want to become a Sport Clips franchise owner like I did, do you research and make the decision based upon your love and passion for the beauty business,” says Urias. “Know that it requires persistence and hard work. If you put your mind into it, it’s doable and achievable.”

Urias says that the best part about working at Sport Clips is working in a team environment. “Sport Clips is a fast-paced environment that’s clean, family-friendly and provides a comfortable setting. It gives their employees flexible hours. It’s really made me love cutting hair!”

Philanthropy and giving back is another big part of her life. “I love giving back because I know how it feels to be in need. It’s a self-fulfilling feeling for me whether it’s donating money or service, making a difference in someone’s life or putting a smile on someone’s face.”

Recently, Urias shaved her head in order to raise money and awareness for Children’s Cancer Research. “This was something that I wanted to do for quite some time. The project was called Clips 4 Kids and the goal was to raise $10,000 to benefit the Diamond Children’s Cancer Research Center in Tucson,” she says. “The opportunity gave Sport Clips exposure. It showed that we are a business who supports our local organizations and that we are part of the community.”

Urias just opened up her 4th Sport Clips location three months ago. “I still work behind the chair! I love being around my clients and my team members,” she says. “Sport Clips gave me the tools to succeed. After that, setting goals and having a business plan is a must.”

For more information about her Sport Clips locations, visit: haircutmentucsonaz.com and haircutmenorovalleytucsonaz.com.