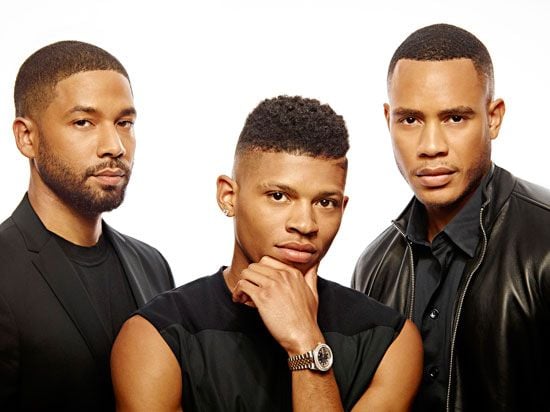 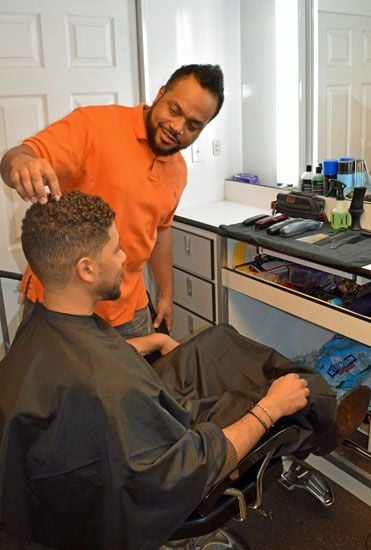 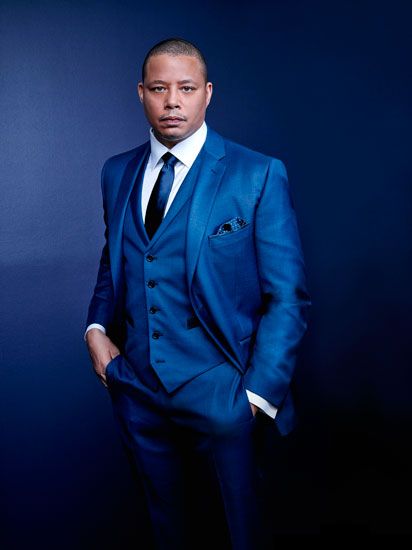 Kelly touches up Smollett’s hairline. Kelly says he cuts hair every day—consistency is huge for the show. They keep printed stills of the actors in every episode in case they have to reshoot a scene and recreate the exact hairstyle. 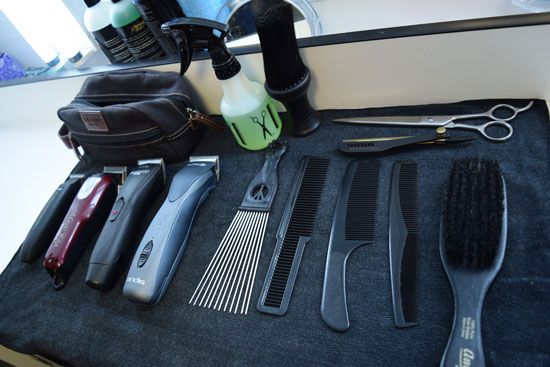 Kelly’s setup for Smollett in the hair and makeup trailer. 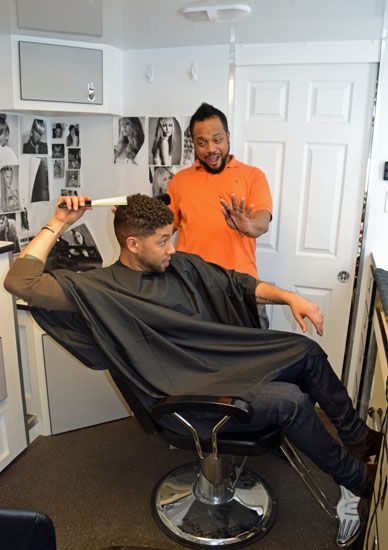 Smollett jokingly tries to make his hair a little more imperfect while detail-driven Kelly looks on in horror. Kelly and the actors seem closer to friends than coworkers, and it was easy to see the mutual respect and ease in their interactions.

4/6
Slider
Kelly touches up Smollett’s hairline. Kelly says he cuts hair every day—consistency is huge for the show. They keep printed stills of the actors in every episode in case they have to reshoot a scene and recreate the exact hairstyle.

5/6
Slider
Kelly’s setup for Smollett in the hair and makeup trailer.

6/6
Slider
Smollett jokingly tries to make his hair a little more imperfect while detail-driven Kelly looks on in horror. Kelly and the actors seem closer to friends than coworkers, and it was easy to see the mutual respect and ease in their interactions. 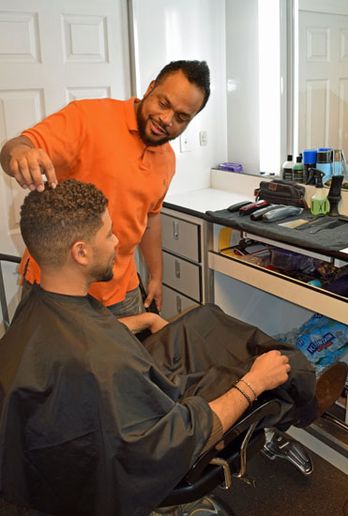 Meet Nolan Kelly, barber on Fox's Empire. The show's Lyon family is strong-willed with an even stronger sense of personal style.

It's chilly walking from trailer to trailer, but no one said shooting a hit show in Chicago would be pleasant year-round.

Thankfully, the hair trailer is warm, and equally welcoming are Empire barber Nolan Kelly and actor Jussie Smollett, who plays Jamal Lyon on the show.

It’s easy to see how comfortable Kelly and Smollett are with one another—and the rest of the hair and makeup crew.

“The hair and makeup team is the best,” Kelly says. “We get along beautifully—hugs and kisses in the morning.”

Smollett jokes about how the barber is a perfectionist (isn’t that part of the job description?) and explains that Kelly always wants his hairline to be precise, but Smollett likes it a little messy. All said, he contends that Kelly is the best barber he’s worked with.

“He was skeptical at first,” Kelly says of when he auditioned with Smollett. “As I was cutting his hair, they called him in for a table read, so he had to leave, and I was halfway done with his haircut. He was like, ‘This blend is perfect!’ and I said, ‘I’m not even done yet!’”

Being a set barber is not for the faint of heart. Kelly typically works five days a week, averaging 65 hours per week—and then he works in his own rented suite on the weekends. He is frequently on tight schedules, according to Melissa Forney, Empire’s hair department head.

Forney discovered Kelly after the show’s first season; she was looking for a barber to carve designs into Bryshere Y. Gray’s hair for his young, macho, cool character, rapper Hakeem Lyon. She was having difficulty finding someone qualified, and a mutual friend recommended that Forney and Kelly connect. Kelly hadn’t worked on a set before, but Forney says it’s a teachable skill if someone takes the time to show you the ropes, and that's what she did for Kelly.

For the show's second season, Kelly talks with the actors he works on—Smollett, Gray, Terrence Howard and Trai Byers—to develop their characters’ style as their storylines progress. Gray’s hair is easily his most time-consuming, detail-driven style.

Kelly has a different set bag for each actor. You can typically find pomade in Howard’s, plus a few of the actor’s personal brushes. Byers’ character is very business-focused, and his hair is meticulously well-kept, so his bag might include a razor and some brushes. Gray’s bag, predictably, contains the most—Evian mist and Andis liners, among others. His character is sporting retro styles with modern twists this season; his designs are a constant, but he’s also trying out a sponge-twist, high-top fade and other looks.

Kelly, a single dad of two girls, appears surprised that any attention has been drawn to him for his work; he’s humble almost to a fault. The job seems grueling, but it’s safe to say he loves it.

“Last year I was watching this on TV, and now I’m around, and everyone’s so friendly and inviting,” Kelly says. "No one tries to talk down to me or anything."

As for stylists and barbers looking to get involved in set work, Kelly advises you stay consistent, practice and take a movie workshop to get a feel for how things work.

“Stay on top of your game because you never know who’s watching,” Kelly says.

"Beginning in early May, we will begin to see weekly deliveries of non-surgical masks and hand sanitizer that we’ll be providing, at-cost, to beauty pros as states re-open."

Viviscal will donate a portion of sales from Viviscal.com to PBA's COVID-19 Relief Fund, aiding licensed beauty professionals who have not been able to work or are experiencing financial pressure due to the COVID-19 outbreak.

Today, the Georgia governor lifted the stay-at-home restrictions, which means salons and barbershops are allowed to resume open hours. The Georgia State Board of Cosmetologists and Barbers issued these guidelines in light of the COVID-19 global pandemic.

As a professional beauty company who has been dedicated to supporting the lifeblood of our industry, beauty professionals, for more than 140 years, Coty Professional Beauty is deeply committed to help pros during this challenging time of uncertainty.