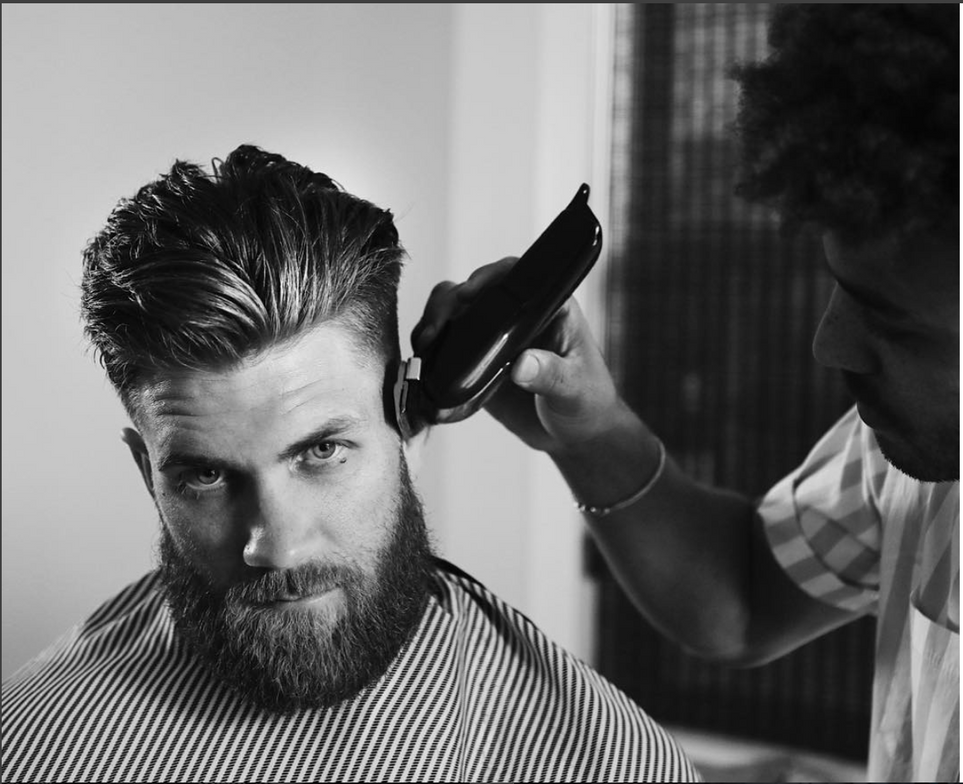 The Washington Nationals right fielder, Bryce Harper has partnered with Blind Barber and will endorse Blind Barber grooming products and barbershops. The investment deal includes introducing a Bryce Harper for Blind Barber product line this September, with unique products and scents developed by Harper. A fully integrated traditional and digital media campaign has been introduced to publicize the partnership.

The 25-year old All-Star is known for his hitting power, field play and his well-coiffed hair and beard. He has used Blind Barber products for awhile and says, “I’ve received a lot of interest from hair-care brands over the last few years, but when I met the Blind Barber guys [Jeff Laub, Josh Boyd, Adam Kirschenbaum and Matt Breen] we just clicked.”

Harper said it was his “personal connection to the products, its founders and what the brand represents” that prompted him to invest. “I wasn’t just looking to slap my name and image on something. I wanted to be a part of the process and something greater that can change the men’s grooming game. I’ve always appreciated the barbershop culture and held to the mantra, ‘Look Good, Feel Good, Play Good.’ The chance to be a part of something like this was something I just couldn’t pass up.”

Blind Barber has six locations across the country with three in New York, one in Chicago and two in Los Angeles offering cuts and shaves.