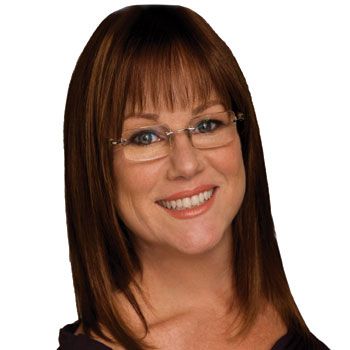 When renowned British hairdresser Trevor Sorbie picked Ruth Roche as one of three out of 300 applicants who would comprise his U.S. artistic team, he saw a fearless, talented young woman who exhibited enthusiasm, not ego, and confidence that came with drive.

"I wasn't afraid of much, and I was used to traveling since my dad was a Navy man," recalls Roche, who eventually became Sorbie's national artistic director. "To audition, I did one of Trevor's cuts from a video cover-I'd never had time to see the actual video. He liked the front of the cut, but he liked my moxie even more."

Today, Roche has her NYC-based RARE Academy and Salon, numerous NAHA wins, a colossal celebrity clientele, a long stint as Redken's Global Artistic Director of Design and tons of editorial credits. Still, she remains as artistically curious as ever and almost girlishly giddy about her next adventure. Soon, she reveals, she'll return to the stage and do special events for the Pureology Artistic Team, as its cutting and styling specialist.

A former engineering student, Roche dropped out of college to pursue her first love, hairdressing. Her keys to getting busy: hard work and the right connections. Roche's celebrity hook-up started with friend and celebrity make-up artist Billy B.

"He called me one day to do Mariah Carey's hair," says Roche. "After that, we did tons of test shoots together, which helped me build a portfolio."

Eventually, her portfolio netted her a celebrity agent just days before the call came from Vanity Fair for a Laura Linney/Annie Leibovitz photo shoot. This put her in the incredibly cool position of saying those words stylists dream about: "Have her people call my agent."

Staying in the Game

Everyone has professional challenges and Roche is no exception. When Sorbie became less involved in his namesake company, Roche moved to Redken; post Redken, she opened RARE Academy. Her first class was on September 11, 2001.

"It was the third day of a three-day cutting class, and we carried on," says Roche. She opened RARE salon two years later with zero clients, and built the business from zip.

Now she focuses on teaching others- her very favorite thing-and recharges her creative self by staying playful. "Recently, I used my video camera to film myself trying to get a cab," laughs Roche. "I kept up a running monologue and included my eventual driver."

Revitalized and re-energized to hit the road again, what advice does Roche have for others who dream of success?

"Be assertive but not pushy, powerful but not overly aggressive. Volunteer to assist anywhere you will learn, and keep your eyes open for those magical opportunities."