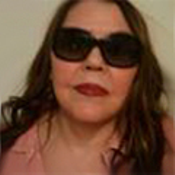 A former cosmetology textbook editor, Victoria Wurdinger has visited salons from Moscow to Miami. She was the first beauty journalist to win an international award for her coverage of the British Hair Fashion industry, the first to visit salons in the former East Germany one month after the fall of the Berlin Wall, and the first to conduct a photoshoot in Moscow’s Red Square for a beauty magazine after the break-up of the U.S.S.R. As a freelancer, Victoria has written for dozens of publications, including Modern Salon, Hairdressers Journal (UK), Top Hair (Germany), Color & Style, Celebrity Hairstyles, Longevity and Drug Store News, as well as several websites. Additionally, she has developed educational programs and DVD scripts for dozens of publishers and marketers. The winner of several American Society of Business Press Editors awards, Victoria is the author of numerous books, including Competition Hairdesign, The Photo Session Handbook, 101 Quick Fixes for Bad Hair Day and Multicultural Markets. For the latter, she conducted extensive historical research, sometimes working with Spanish translators to explore early methods of hair styling in the Latino community. Multicultural Markets contains the never-before-published history of ethnic beauty culture in the United States.

For a sweet effect, seamlessly blended panels of L’Oréal Professionnel pastels melt into the natural color.

The trend toward muted steels, beautiful neutrals and rich vibrant contrasts of copper red inspired this Wella waterfall of painted colors, which recalls a stormy sunset moving into peace.

This whimsical Lush Lilac shade using GKhair was created to show a variation of subtle violets inspired by florals.

As precious as the metal it was named for, Framesi’s contoured copper weaves a tapestry of shadows and light to create this gentle and beautiful autumn look.

This Lakme USA technique also uses a placement pattern that imagines and mimics how the light from stars is softly diffused.

An October sunset creates the illusion that the sky is aflame with brilliant mixtures of red, pink and copper. The glowing tones, blend beautifully with this Kadus Professional color.

This foil-over-base application is perfect for when a client needs dimensional work but is only booked for a single process.

In The Mix: Multi-Color Formula from Vitalitys

This Icy Blush look features pastel colors that are distant from natural tones to add a touch of class and concentrate on the fringe area.