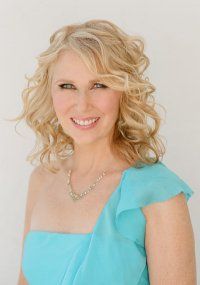 Marie Ferro of Marie Ferro's Hair Studio in Malibu, CA used her own brand of hairdresser magic to create beautiful color for two actresses on "Witches of East End" a new series about a mother and her two daughters who are modern-day witches. Both Rachel Boston and Virginia Madsen came under Ferro's spell recently and she shares her steps and formulas below for a boo-tiful warm brunette and a golden, "good witch" blonde with dimension. 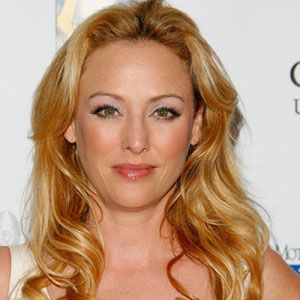 "I haves created many different color changes for Rachel over the years," says Ferro. "Hair color says alot about the character and personality of the role the actress is playing. When Rachel described her character, Ingrid, for Witches of East End, she said she was a women that would not really spend a lot of time in a salon. Her character was a natural beauty."

STEP TWO: Next using Goldwell color, I mimicked what nature would do to her hair in the perfect conditions. I painted in some sun kissed highlights againest rich brown golden undertones. Rachel's hair pulls a lot of warmth so even though I wanted a natural golden rich result, I needed to use some controlled ash tones in the formula. I placed the foils diagonally though the top of the head,varying in size of the pieces so as not to create a specific pattern.

STEP THREE: After adding in highlights and lowlights to the all-over color, I then finished with a glaze, using Goldwell's Elumen. 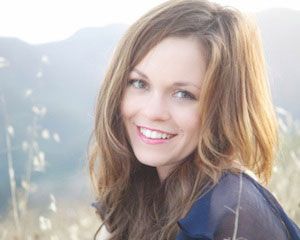 "To pop Virginia's blond I put in a warm base and weave in a cool tone. The drama in the blond comes from the interplay of warm and cool tones."

Around your hair line I use 9nn for base

This client was anxious to get back to her signature platinum. The process involved pre-appointment treatments, and careful color work throughout.

Toning can make all the difference between a run-of-the-mill blonde and an oh-so-special blonde.

SLIDESHOW: Colored Roots are the Hot Roots We Like

This vivid take on the shadow root is a pop-y surprise that crops up in seasonal trends and it's showing up, again.

In partnership with Eufora

Which Lightener to Choose for the Best Blondes

A social media challenge selected the best Eufora Summer Blondes. Here's a breakdown of the Eufora range of lighteners used in the looks.

Is color blocking the new balayage? The #colorblocking trend illustrated in over a dozen looks.

Her client had been coloring her hair at home, getting it to a nearly black Level 1.  And had been doing this every two-to-three weeks for years. Here's the process for this gray slay.

MAKEOVER: 8 Hours to a Natural Silver

She had been talking to her client for a year about transitioning to her natural color...and they took the leap, together. Get her formulas and process.

Beauty with Purpose: How Thinking About Sustainability Helps These Salon Owners Thrive

Stylists want to leave a lasting impact on their clients but not on the earth. Reducing their carbon footprint means partnering with brands that are also looking to reduce waste, energy and water-use.

Take neutral to the next level.

Starting on Monday, August 17, Matrix is offering a week of inspiring balayage classes, and a balayage challenge so you can share your best balayage!