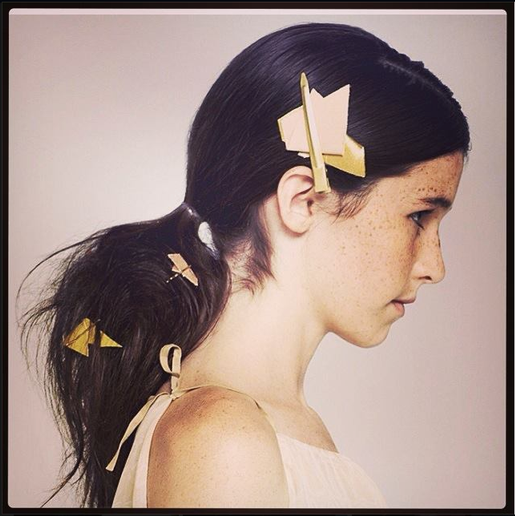 Hot Tot Haircare was the exclusive product line at petitePARADE during NY Kid’s Fashion Week (10/5-­â€10/6) for the second consecutive season.  Launched in 2011, Hot Tot is a professional hair care line formulated for the structural uniqueness of immature [kid’s] hair.

petitePARADE is the first American fashion event dedicated exclusively to the children’s design world. Created to fill a void in the marketplace for fashion designed for kids from toddlers to tweens, the bi-­yearly, invitation-­only event is a favorite of mini-­mavens and celeb-­u-­tots. Presented by VOGUE Bambini (Italian Children’s Vogue), the event has showcased a long list of high-­profile designers since it began in 2009.

“Mainstream hair product lines play an important role in fashion,” said Hot Tot Founder Megan Gage. “Children’s fashion has exploded in popularity over the past decade though the salon industry has failed to keep up. Hot Tot is the first professional line to actively participate in this growing segment of the market. We offer products that cleanse, condition and style. Parents want their children to look polished. Hot Tot provides specialized haircare options that are perfectly suited for kid’s skin and hair types”. 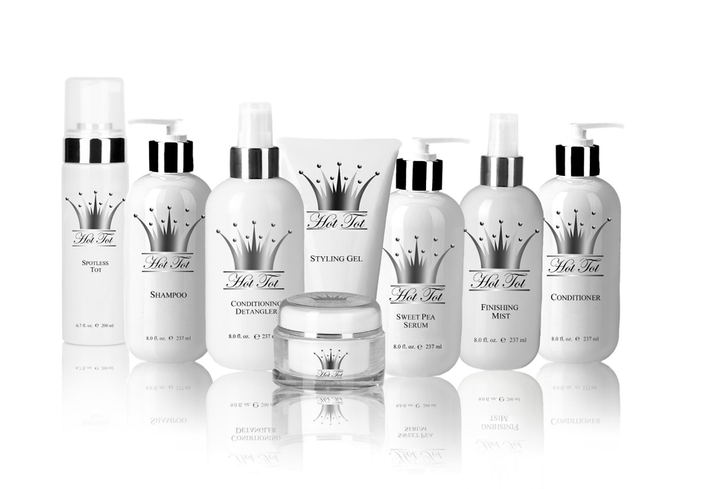 Natural textures were a constant at Kid’s Fashion Week. The Swarovski models' hair was loose in the front and tightly twisted into small pieces in the back; silver “halo” headpieces brought cohesion to the show since clothing from different designers (adorned with Swarovski Crystals) was presented. Pale Cloud’s hair was the edgiest, as models wore dual French Braids on each side with extreme backcombing in the middle to create an extreme faux-­â€hawk. Lamantine Paris’ chose slick ponytails at the base of the neck; the simple look was accented with geometric leather pieces referred to as “hairagami”.

The Hot Tot product line was featured on ABC’s Shark Tank, a popular business-­themed reality TV show in January 2013. The brand received an investment from billionaire Mark Cuban and has been breaking new ground in the salon industry ever since.