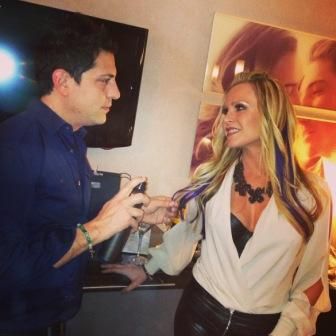 The man in the house with the wives, Julius Michael, is the go-to stylist for many of the women in the casts of the Bravo “Housewives” series.

“My salon, Julius Michael Scarsdale, is only two years old, but in two years I've become the leader for salons in Westchester, NY,” says Michael. “It’s getting known as the Westchester celebrity salon. I'm the only hairstylist to work on so many “Bravo-lebrities.”

Michael created multiple wedding finishes for Tamra Barney Judge (OC Housewives) and "Reunion" looks for shows where the women review previous seasons, while also styling onset in New York at the Bravo headquarters/clubhouse and for the clever commercials that announce each new season. 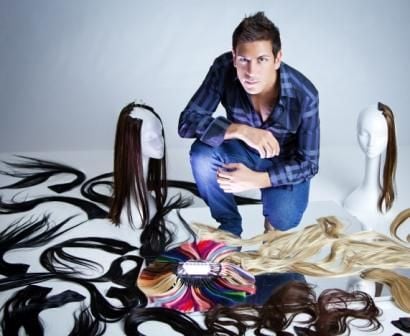 “What I hear a lot from other stylists and from my clients is they are fascinated by the Housewives. When I’ve been at events with them, people are screaming like Madonna is walking in front of them,” says Michael. “My clients ask about their looks and how they are achieved. A lot of people come in wanting Kathy’s color or Melissa’s color. ”

All his work with these high-profile housewives is based on solid salon training and experience. Without it, he would not be able to withstand the scrutiny of so many viewers and the intense conditions.

“It was difficult having cameras in my face while changing her hair so often in one day,” says Michael of styling Judge for her wedding. “We did three looks. In her first, her hair was pinned on one side up and I added clip in hair extensions and made it beachy waves. The second look, which was Tamra’s favorite, was more 1950’s glam and I brushed all the curls together. My favorite was the last look. I pinned the center front back and added some crazy, curly hair for a fun, sexy look.”

Michael says he doesn’t play it safe, preferring to take risks and make a statement.

“I want them to look the best they can possibly look. I look at them each as individuals, never as their shows. With anyone you work with, you really have to connect with that person and find out who they are. Ask them what they do for a living, what inspires them, what colors do they love, how far can I go with what I am creating for them. I've never handed someone a hair color book and said, here, pick a color.”

• Oribe "Crème For Style" to use before blowing out.

• Oribe "Imperméable Anti-Humidity" eliminates frizz and is magic in a can.

• I cannot live without my Babyliss Pro Nano Titanium Torino Blowdryer. It is amazing!

• I create all my sexy curls with my CHI Curling Iron and my soft beach waves with my MozzaFiato curling wand by MozzBeauty. 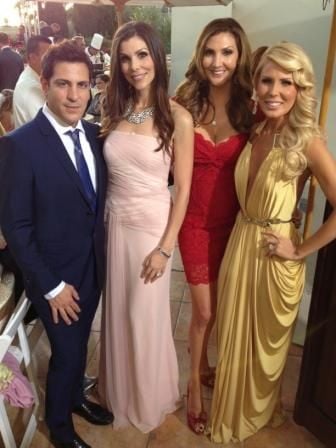