The 2015 Grammy Awards featured more of the styles we've been admiring, some bold new takes on the trends - and a couple looks that still have us scratching our heads.

The lobs, short cuts, and loose waves seen on the red carpet contained award-show-worthy elegance, but are still cool and casual enough to be great sources of inspiration for clients. Stars like Katy Perry and Zendaya rocked bold looks, but only for the night, revealing that wigs may have been the most important accessory of the Grammys.

The Grammys proved that the tousled lob isn’t going anywhere. Perry showcased a hard-to-miss wavy, lilac lob – which, yes, was a wig, but for those interested in rocking the look more permanently, we have the purple lob how-to from Pravana. Swift’s blonde lob with heavy side bangs gave way to her teal eyeliner and pink lips - a beautifully executed switch from her usual signature red lipstick. Kardashian’s freshly cut lob is the final piece of evidence we need to believe that the lob is not on the way out yet. Her hairstylist, Michael Silva, commented in an interview with Hollywood Reporter that Kardashian was going for a very current, “model-y” look and was inspired by Kate Moss to style the lob in edgy waves.

Ora’s cropped, platinum blonde ’do was one of our favorites of the night. The piecey, punky, front-swept style has all the charm of a short cut, yet the longer pieces offer versatility. Jessie J’s sleek, straight, side-parted style was chic and stylish, especially paired with her burgundy lip. Disney star and singer Zendaya debuted her new Mia Farrow-esque pixie cut, only to reveal that, like Perry, it was a wig! Hey, we respect a girl that takes a risk with her hair – even if it’s only for a night.

Lady Gaga, Beyoncé, and Anna Kendrick all arrived with luscious loose waves. Lady Gaga had all eyes on her (nothing new there) with glamorous waves in a silvery hue with a hint of lilac. Beyoncé’s long locks were styled into the perfect mermaid waves. And Anna Kendrick paired her men’s wear attire with side-swept sexy waves that got a modern update with some added texture. Her stylist, Craig Gangi, shared his steps to recreate Kendrick’s effortless waves. 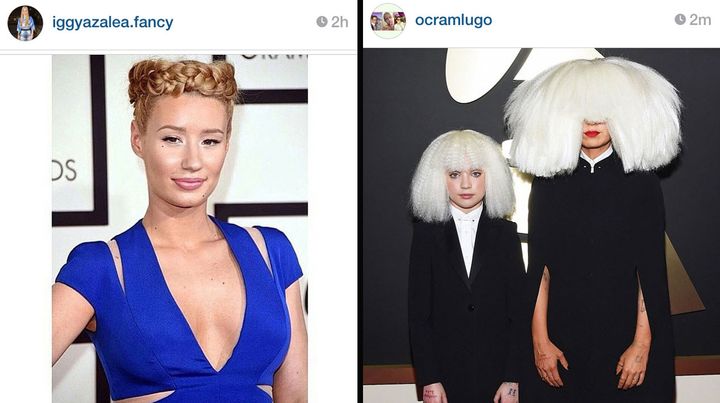 Also worth mentioning are the less conventional looks of the night. Iggy Azalea’s crown braid was compared to both a bird’s nest and challah bread, but for those looking to go bold, we have the how-to for Iggy’s challah-bread braid. On an even more out-there note, singer-songwriter Sia avoided the glare of the cameras by wearing a comically oversized platinum wig with heavy bangs that hid her face. She was accompanied by 12-year-old Maggie Ziegler of Dance Moms fame who was dressed like Sia’s miniature clone and wore a matching white crimped wig.

In a tense time, these artists are celebrating love with bridal styling that is soft, loose, but still locked-in with these new products from Sexy Hair.

The Beautiful Business of Bridal Styling

Sara Yousif is seeing a return to pre-virus busy-ness. Here are some of her most-requested styles.

Thinking creatively helped her continue to retail products and prepare to reopen her salon.

How to Create a Chinese Ladder Braid

The power of a good haircut.

In partnership with Sexy Hair