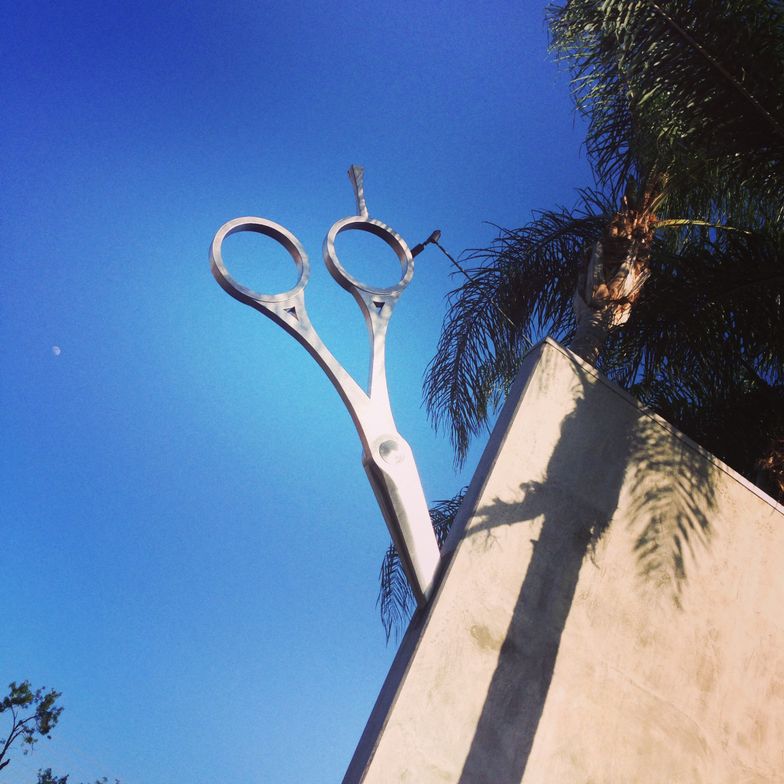 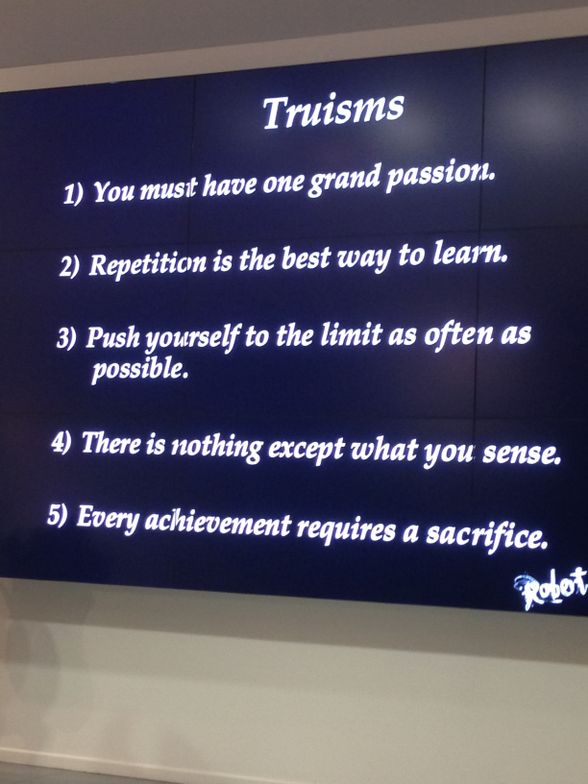 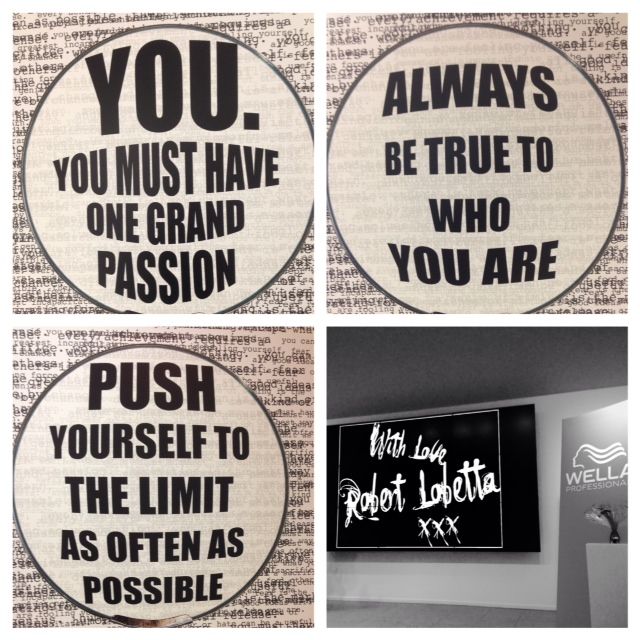 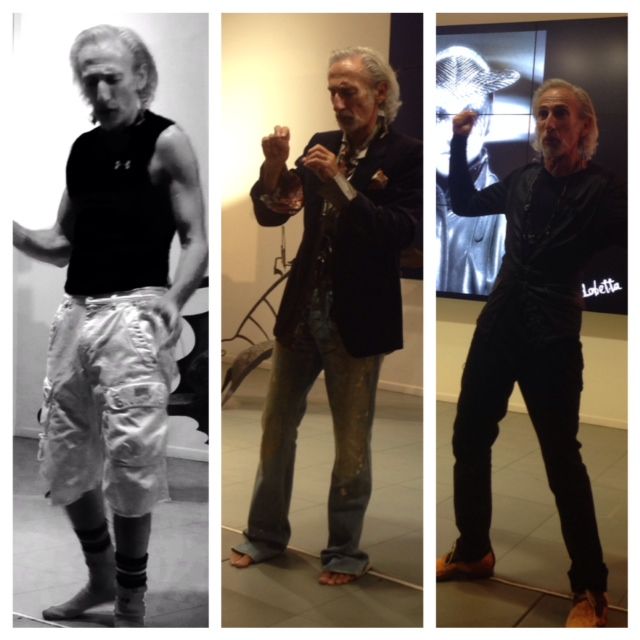 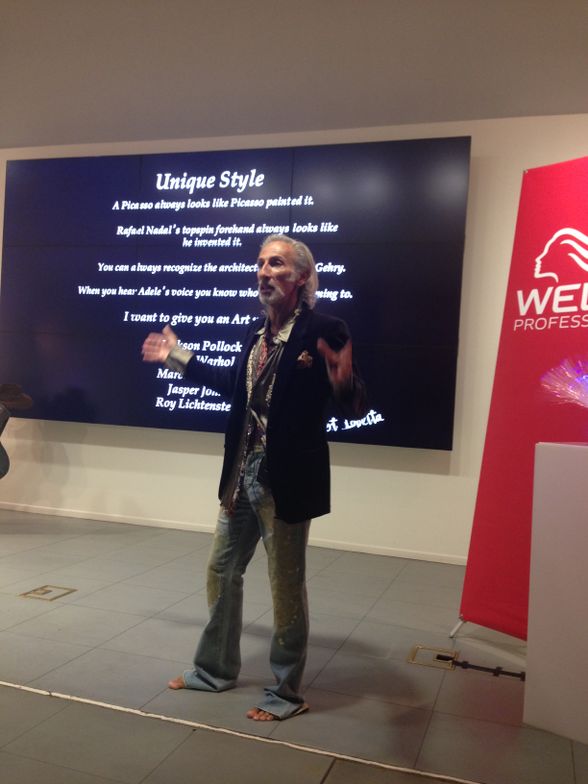 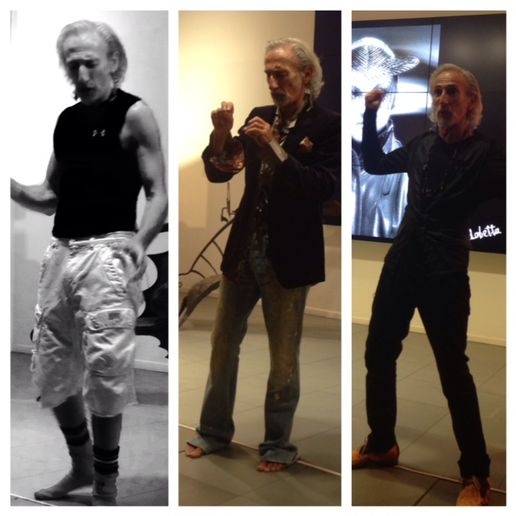 Robert Lobetta is a self-described "aspiring hairdresser" after years as a beauty industry icon and inspiration. An accomplished photographer, former global creative director of Sebastian and a recipient of the NAHA Lifetime Achievement Award, Lobetta shared his wealth of experience with an invited audience at Wella Studio LA, last evening, June 8, 2014.

The program, entitled "Almost Famous", took attendees on a journey through Lobetta's career and carried them along his stream of consciousness.  He pointed out important highlights (a first break at Ricci Burns Salon in London, 1971. ) and chance happenings (unbeknownst to him, a Vogue editor sat in his chair and would run photos of her finished cut and an accompanying story in the magazine), as well as his cultural and career icons (Andy Warhol, Alexander de Paris, Vidal Sassoon) and profound personal discoveries (Lobetta's hair weaving innovation and his decision to step away from hairdressing and move towards creative direction, photography and film).

"In 1976, I would begin using hair as a fiber," Lobetta said.  "Just as a sculptor uses clay, hair became my medium.  I had finally found what I was looking for, my unique style. I became known as the Salvador Dali of hairdressing."

Lobetta emphasized the importance of discovering a unique style, of specializing ("And shouting to the rooftops about it") as well as becoming a master of the craft and collaborating with like-minded people.

During the evening, Lobetta punctuated his talk with video clips of his photo shoots, published works and films. He concluded by observing that, "Unknowingly, I have been mentoring people for years.  I've had my 40 years of fame.  Now it is time for me to help other people become famous."

A mid-career shift prompts Todd Sambuco to leave corporate America, attend cosmetology school and open up a barbershop, leveraging all he learned about branding to quickly grow a successful business in Charlotte, North Carolina.

The Potential of Oral Minoxidil to Treat Hair Loss

Learn all about the past, present, and future of a hair loss solution your guests may be asking you about.

Tone McGill: Master Barber Sets the Stage for His Next Chapter

When a master barber and former educator sells his shop, he segues to becoming a full-time set barber in Atlanta, working with Netflix and with movies, such as "Black Panther: Wakanda Forever."

Bring on the the Brrrrr or Autumn. Melisda Wilson, director of education at Woodhouse spa, offers skin care tips for men you can share with your clients.

In honor of Oribe Hair Care’s co-founder and namesake, the brand is excited to share the launch of Dry Texturizing Spray Limited Edition, which features a retro-modern illustration of legendary hairstylist Oribe Canales both on the bottle and the product’s outer packaging.

With a floating shroud, Minerva's new Triton Shampoo System an enhanced experience for both clients and stylists.

Embrace Texture this Fall: How to Create Polished Coils and Deep Waves

What's a better way to celebrate the changing of the seasons than changing up your clients' hair? This is especially for those who want to help their clients try out more texture or embrace their natural texture. Here are two easy ways to do so.

Get advice on how to style the perfect modern mullet from expert groomer Jeffrey Brock AKA Drizzy, using STMNT Grooming Goods.

What Is Scalp Micropigmentation and Why Is it So Profitable?

Becoming a provider of scalp micropigmentation has been very financially and personally rewarding for Miguel Rosas. He says that it's a natural service for barbers and stylists to offer their clients and that the money to be made can almost sound "too good to be true." Hear for yourself.

Stylist, educator, and Sam Villa Ambassador Twylla Jane shows us how to create one of the trendiest looks for this back-to-school season: 90s space buns!

Build It and They Will Come: Lilly Benitez, Founder of Blade Craft Barber Academy

Blade Craft Barber Academy fills a niche in men’s grooming education by teaching how to elevate services into five-star experiences.

It's time to shatter the male grooming ceiling. Men want to have good skin, great hair, and nice nails, too. And they're looking to their salon professional and barber to help a guy out.