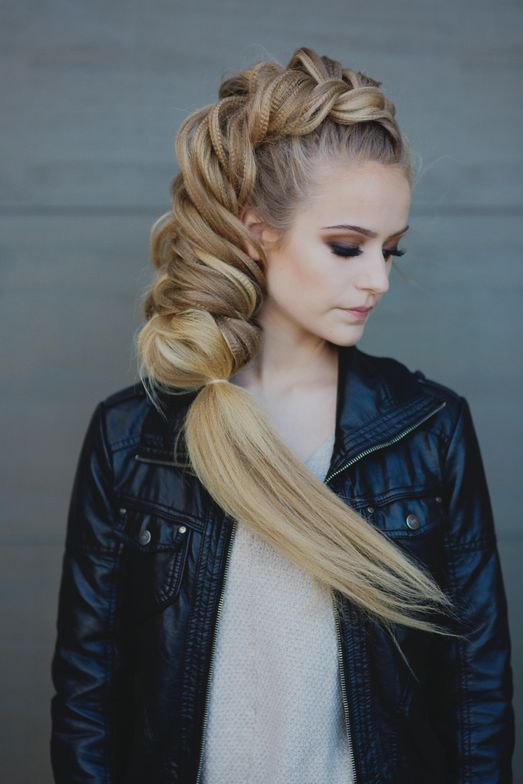 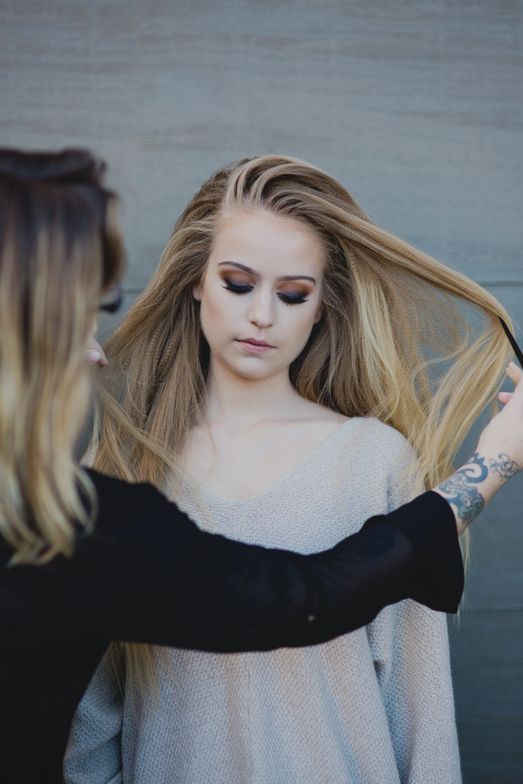 Instagram is a great tool not just for stylists to connect with MODERN editors, but for us to connect with you. When we first caught notice of stylist, blogger and educator Heather Chapman’s page, @heatherchapmanhair, we were beyond inspired. Her nearly 150,000 followers (run, go check out her page now!) live for her post after post of braids, bridal styles, and whimsical plaits in neons, blondes and vivids that fill her profile. When she shared with us the image featured on this issue’s cover, we knew we would have to publish it, we just didn’t know how or when we’d do it.

As part of her “Bigger Braid” series with educator and blogger Sam Villa (samvilla.com) Chapman used Villa’s Textur Iron to create volume, texture and grip. Then, she directed all the hair to one side and created a Dutch fishtail braid, securing it just below the shoulder. “It was cold outside, so her hair almost translates as a scarf,” Chapman says. “The hardness of the jacket goes well with the softness and airiness of the braid.”

Chapman, who also trains her fans/students/followers on smartphone photography best practices, specifically chose this angle so the shot would showcase model Lacey’s face and hair at the same time (Lacey is an up-and-coming model in the Albuquerque, New Mexico, area, where this was shot, and is known for being a hardcore, fruit-based Vegan, with all-natural, virgin hair).

Each issue, it’s a very diplomatic process that determines which image with grace our cover. We take all the contending images and “mock” them up as covers, and then pick our favorite. Sometimes it’s easy, other months it’s challenging. This month, as we considered our issue theme—rising talent—and toyed around with all the possibilities, this image from Chapman came to mind. It was perfect.

Although she posts upcoming workshop dates on her social media pages and website (heatherchapmanhair.com), you don’t have to be live to learn. Follow Chapman on Periscope to watch her demo her work and give real-time answers to your braiding and styling questions.

While we were judging a competition with social media king Guy Tang, he taught us about Periscope, the Twitter-powered app that has gained millions of users for its engagement/entertainment factor. (Consider it the FaceTime app that lets users live-stream from their phones while viewers comment and engage in real-time). We didn’t want to miss out on the fun so we joined right away. And when we got a notification that Chapman was live, we were able to join the stream and tell her, and her army of fans, that she was our cover artist. It was an emotional and exciting moment for all of us.