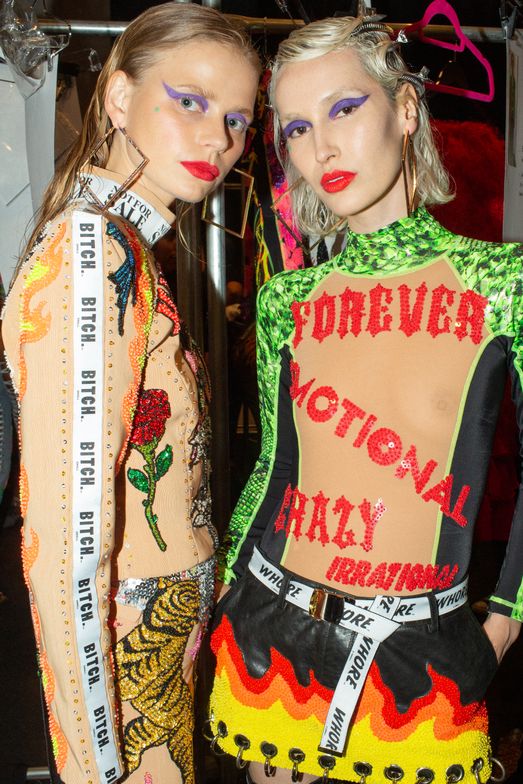 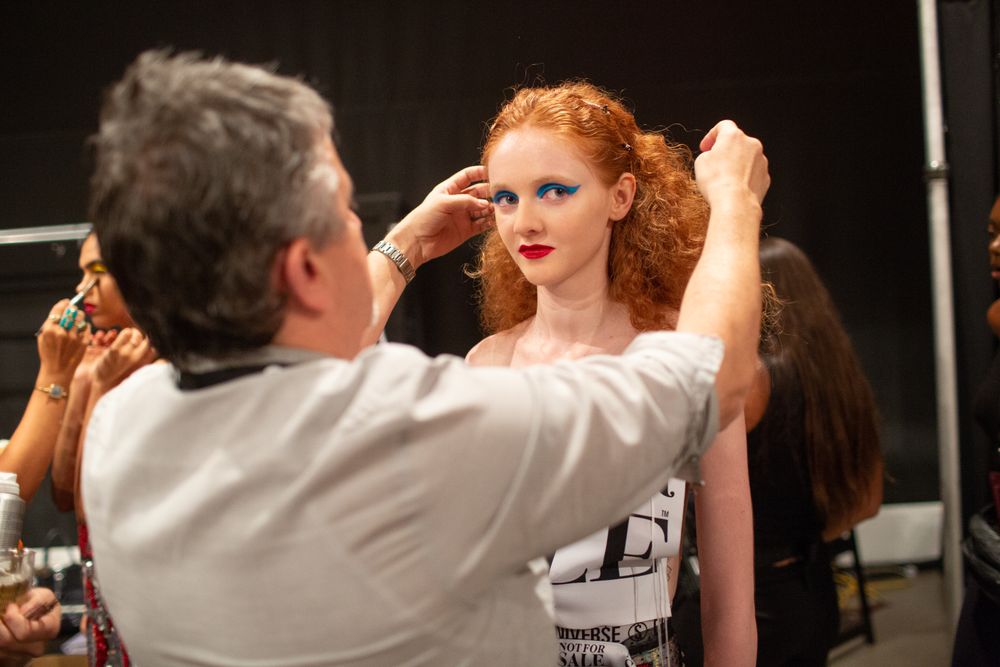 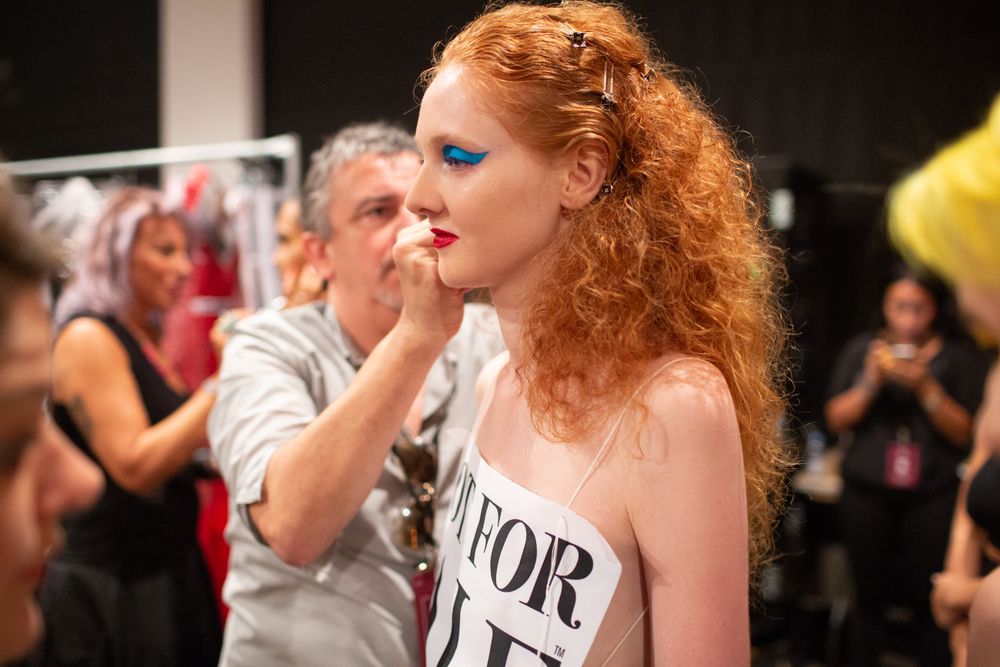 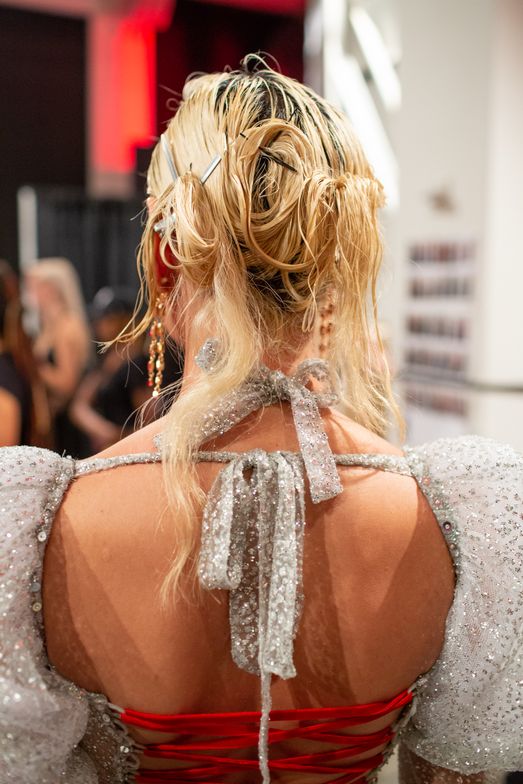 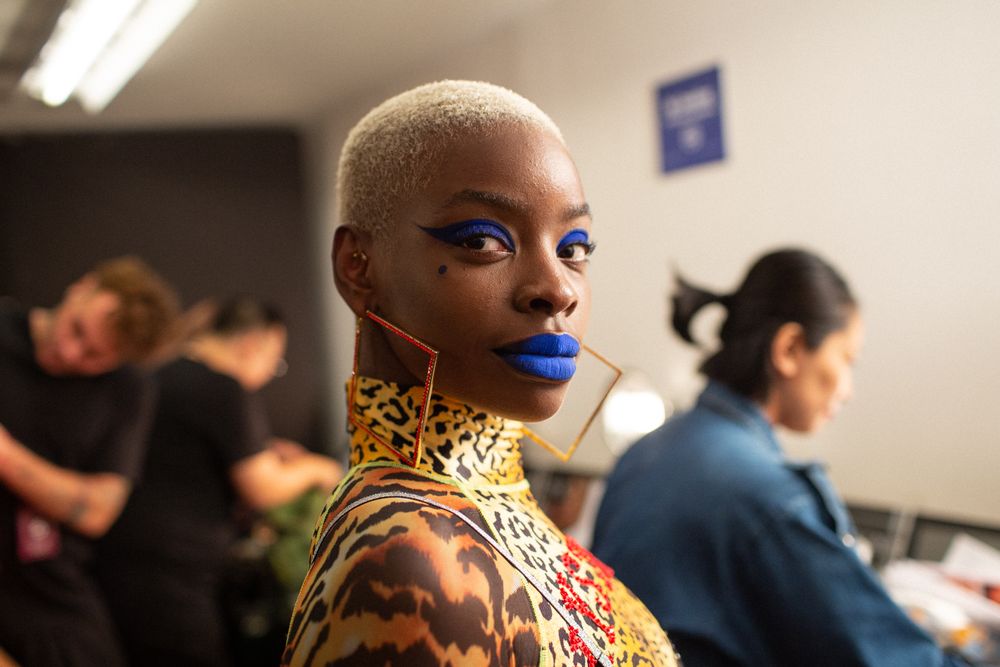 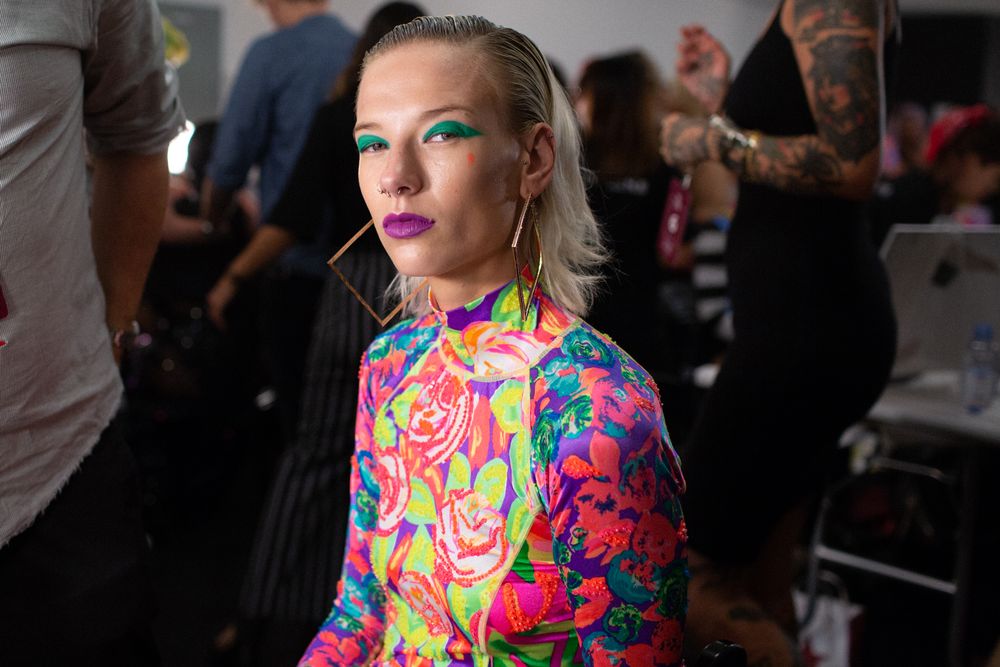 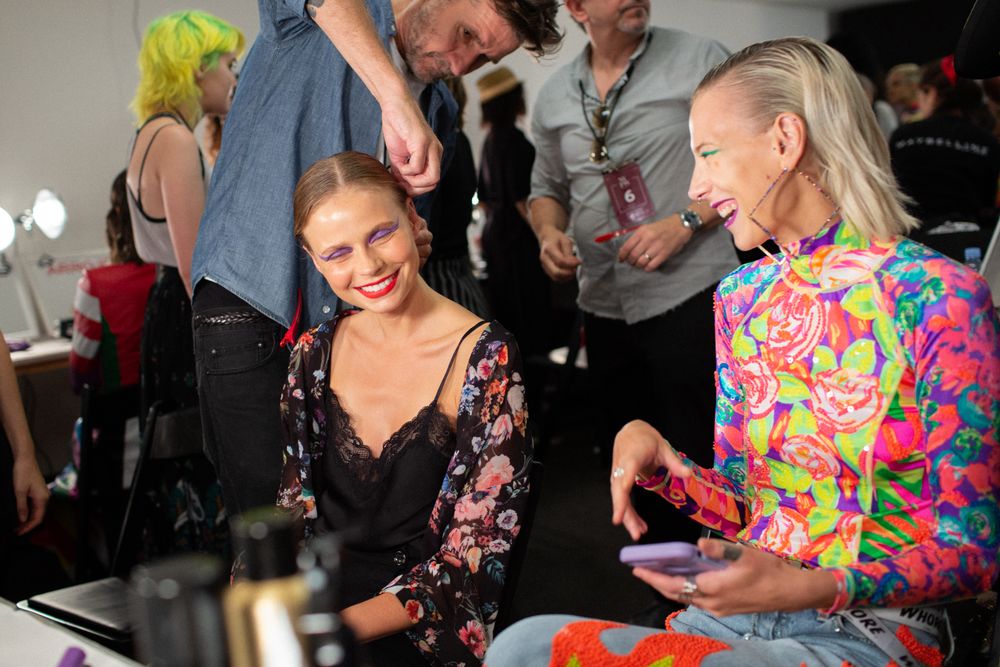 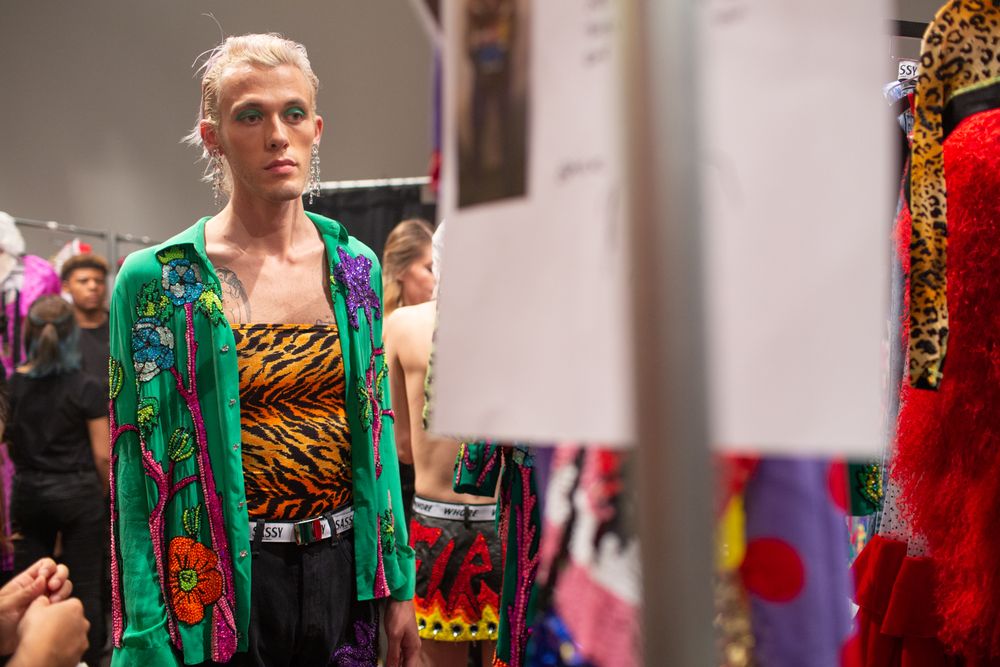 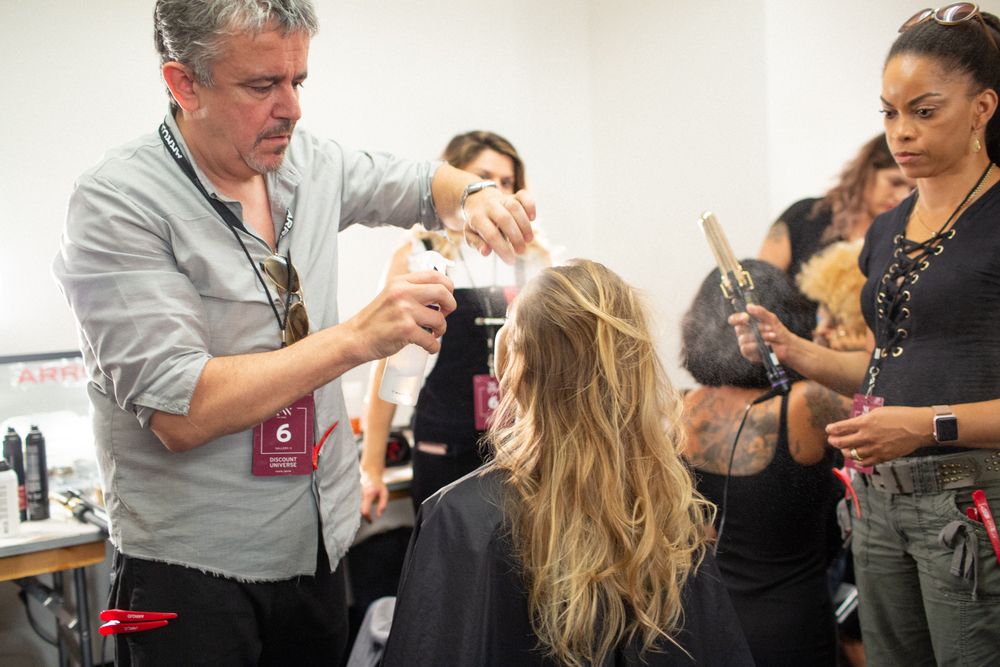 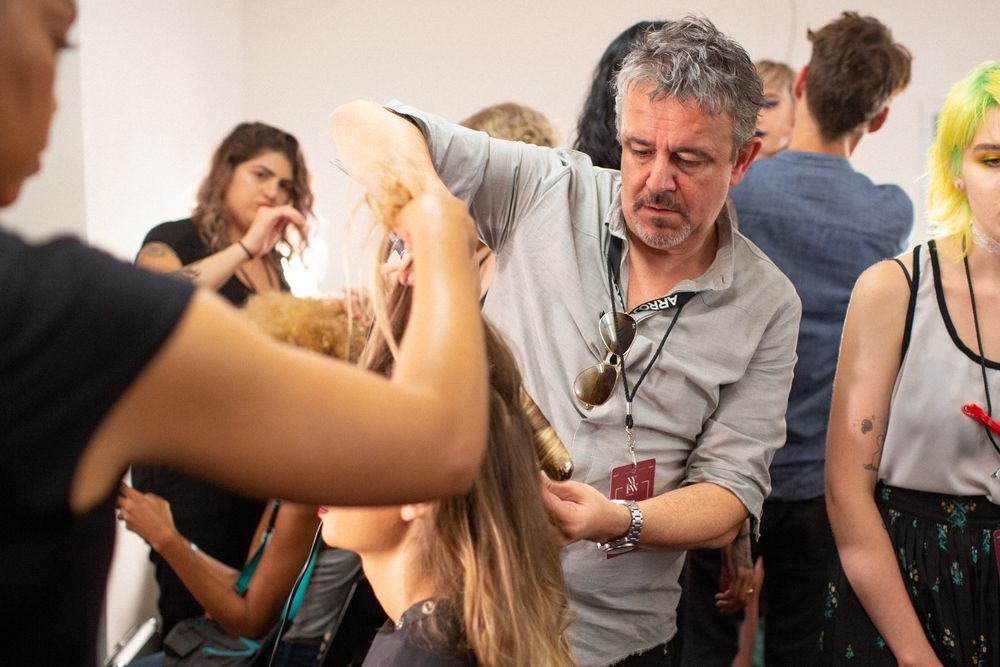 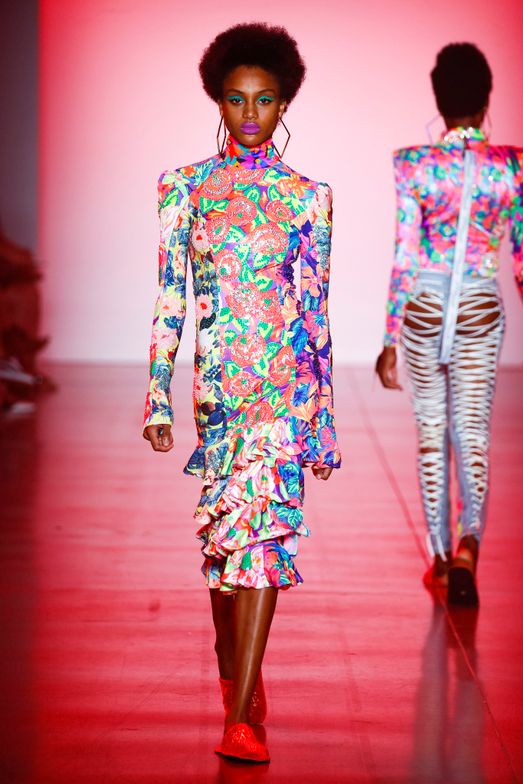 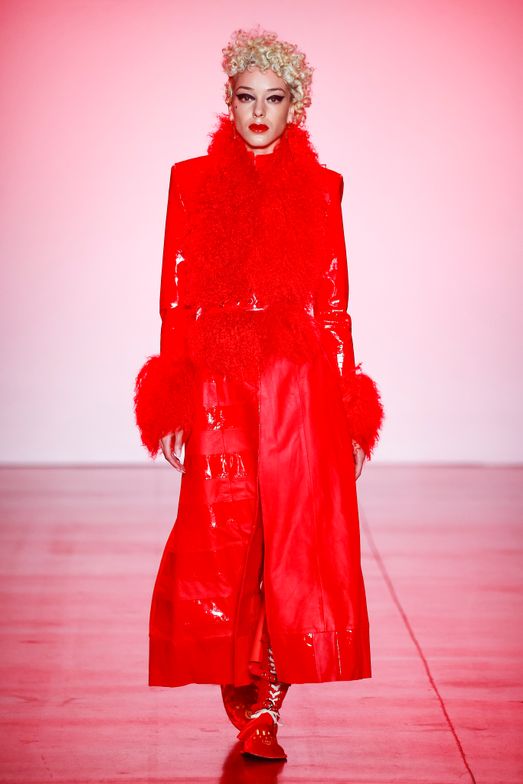 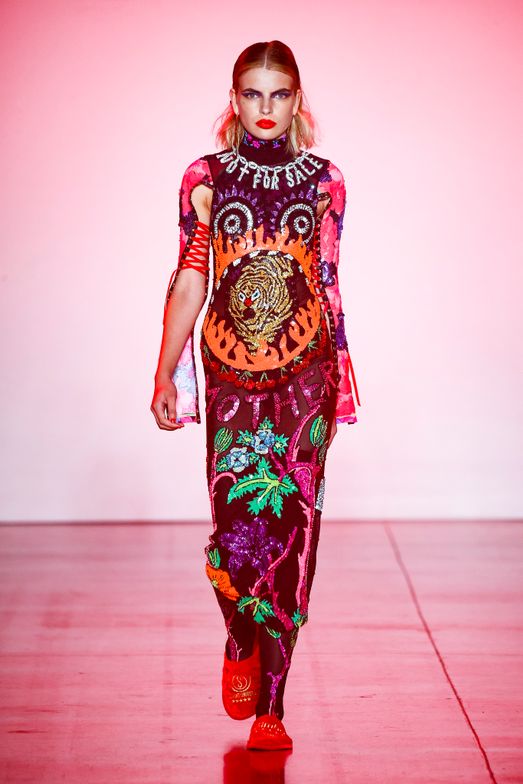 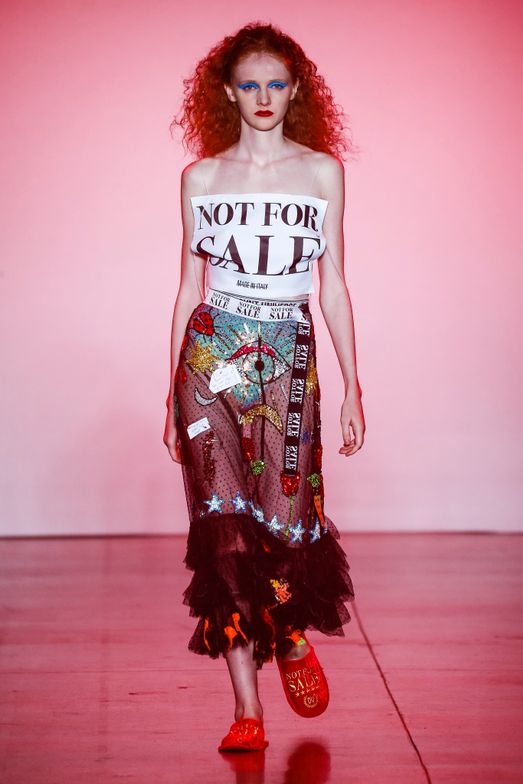 At NYFW, Cami James and Nadia Napreychikov addressed the commodification of feminism and the objectification of the female body with a boisterous “Not for Sale” collection for Discount Universe, the hyper-hip Australian label being worn by Kylie Jenner at Coachella.

With hair styled by an ARROJO team led by Nick Arrojo and Tina Le Noble. A variety of hairstyles, from sleek wet looks to shiny skinheads to nonchalant blonde bobs to jaunty natural textures combined with bold dramatic makeup to create the irreverent frame for Discount Universe’s in-your-face pieces.

“For the hair, the idea was to create a series of looks to show the evolution of getting ready: undone, half done, done up," Le Noble says. "It’s about being enough no matter how you look or who you are, with a strong emphasis on natural texture and embracing what you got. As people, usually we want to show off the best version of ourselves, and this collection is about breaking through that imaginary facade. It’s strong, it’s raw, it’s true.”

Jewelry for Zanni for @zanni.jewelry