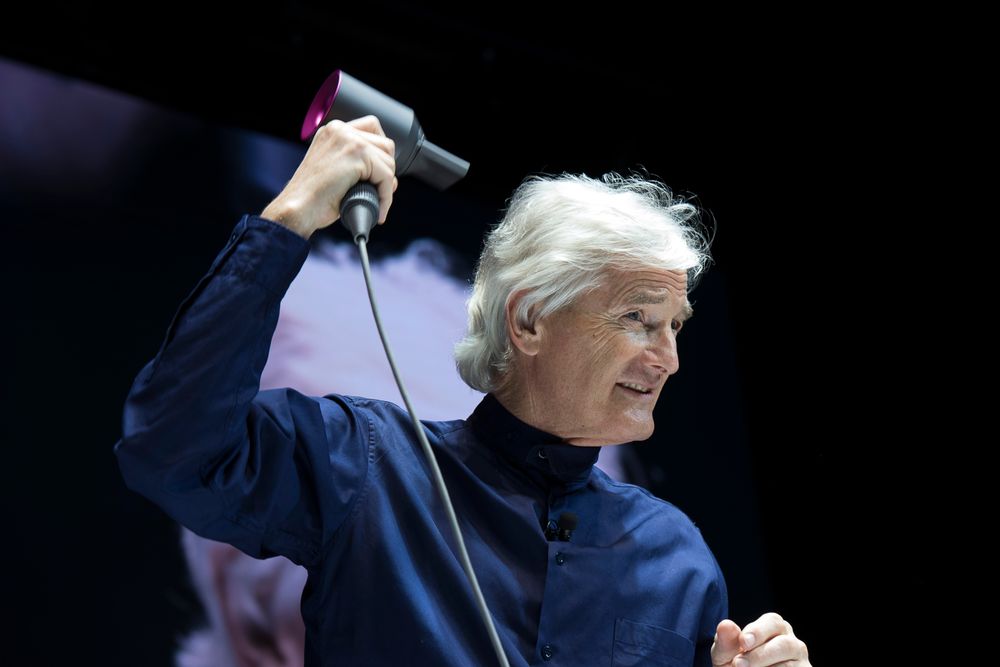 Sir James Dyson shows the Supersonic in action at the Tokyo launch event. 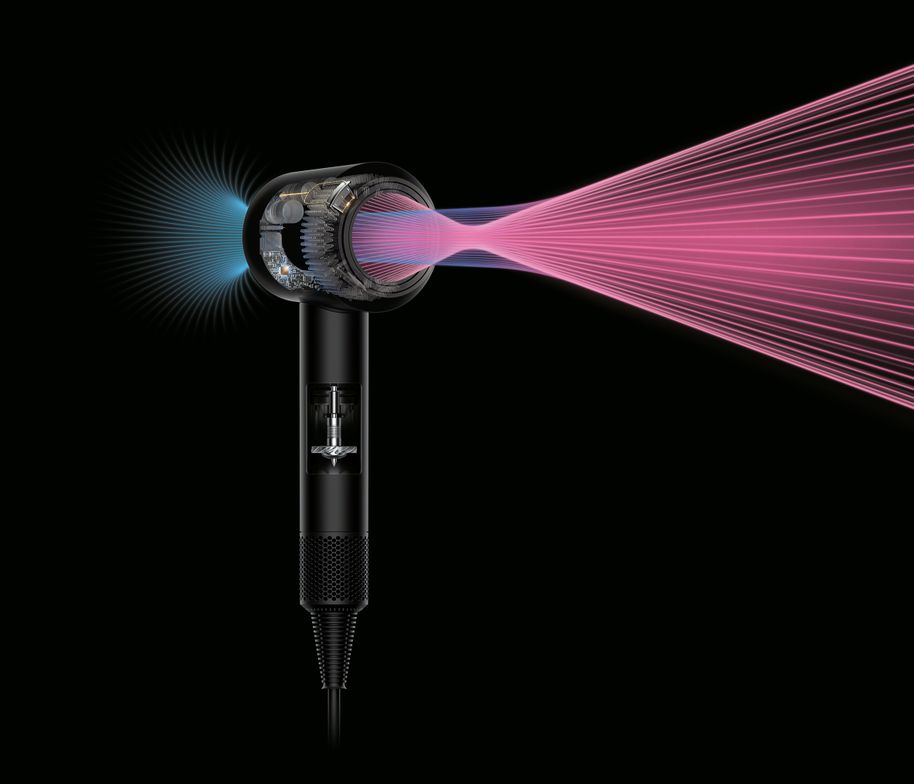 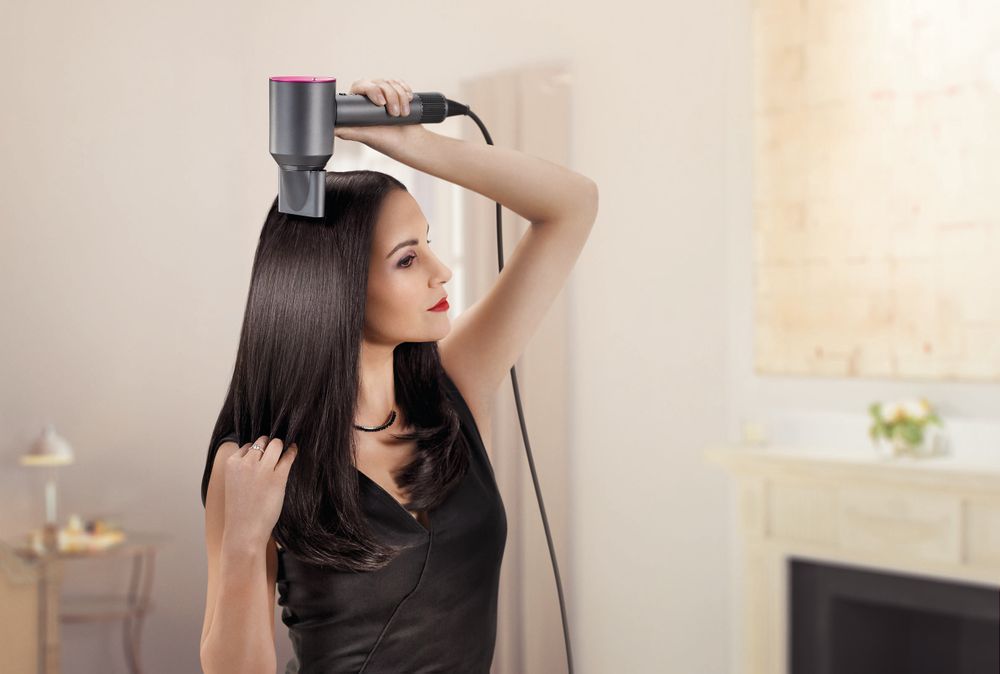 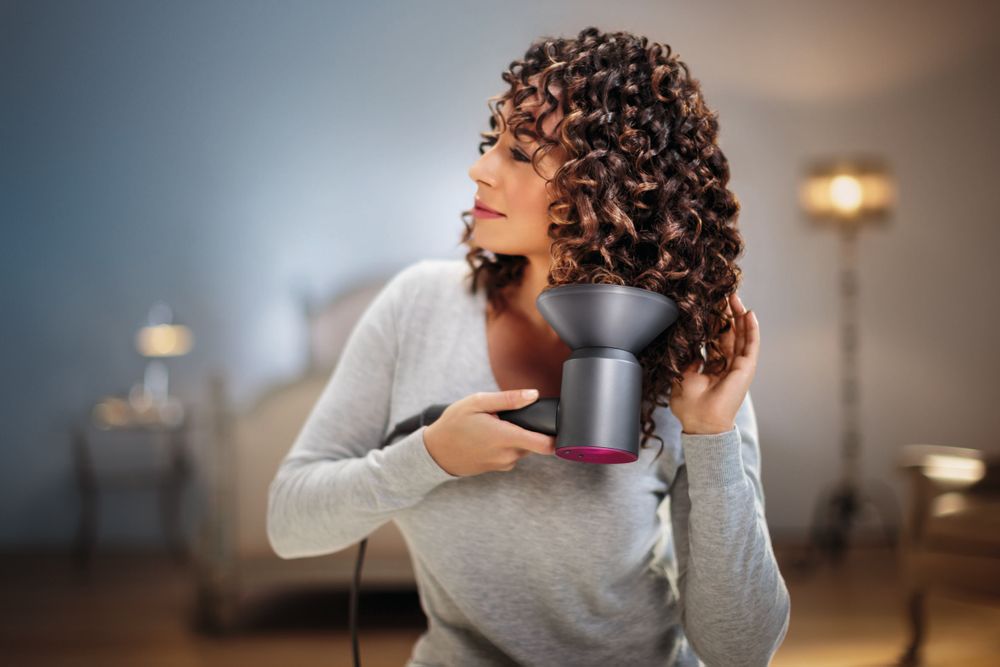 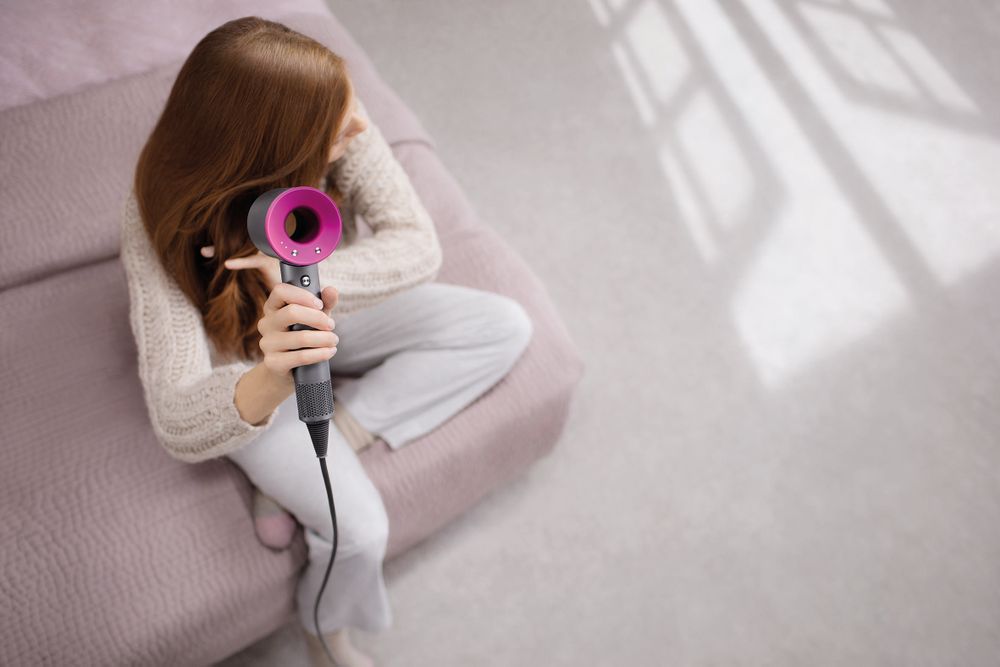 The internet has been beside itself this week with the announcement of Dyson’s (yes, the vacuum brand) latest innovation. The appliance brand unveiled a luxury blowdryer called the Supersonic.

In development for four years, worked on by 103 engineers, testing $60,000-worth of human hair (that equates to 1,010 miles of hair, creating a global shortage in the process) and after 600 prototypes, according to Dyson’s website, Sir James Dyson revealed the blowdryer April 27 at an event in Tokyo.

What makes the Supersonic different than any other dryer on the market is its technology and design. The tool features a high-speed, 13-blade motor, which is about the size of a quarter. This allows it to fit in the handle of the dryer rather than on top like most other blowdryers. It also allows for easier maneuverability because the device isn’t top-heavy and weighs a total of 1.8 lb. The Supersonic uses Dyson’s Air Multiplier technology, which creates a high-pressure, high-velocity airstream that exits the amplifier, tripling airflow. The Supersonic comes with three magnetic attachments with Heat Shield technology, which means they stay cool even during close-up styling: the Smoothing nozzle, Styling concentrator and diffuser.

The revolutionary blowdryer was built with the professional hairstylist in mind. Dyson engineers worked with stylists such as Akin Konizi, four-time winner of Britain’s Hairdresser of the Year. Celebrity hairstylist Jen Atkin was also recruited by the brand to give input during its creation.

If you know anything about me, you know I'm a lover of innovation and new technology, and the Dyson Supersonic hairdryer is just that,” Atkin says in a press release from Dyson. “The motor is much smaller, but still very powerful, so I can dry hair quickly, and it feels light in my hand. Plus the aesthetic is so gorgeous.”

According to the New York Times, Atkin gave her two cents to Dyson engineers on what the hairdryer should have to improve the hairstyling experience and tested the product prior to launch. She was also one of the first to announce the dryer’s debut—a secret she said she’d been keeping—on Instagram the day it was released; Atkin will continue to work with Dyson by creating online tutorials using the Supersonic.

“That back-heavy feeling that usually makes your arms ache completely disappears with this, whether working on your hair or blowdrying someone else,” Atkin says in the Times article. “For me, or any woman, that is a game changer. This is the ‘break the internet’ dryer.”

Although the Supersonic hasn’t been labeled as a professional product and at this point is seemingly just consumer (it hits shelves at Sephora in September for a retail price of $399), it seems Dyson might have more plans in the works.

The Times article quotes Stephen Courtney, concepts director at Dyson and a leader on the hair project, as saying, “For decades, people have just accepted a subpar experience because no one was offering them anything else. The company wants to change that, one locker room, spa and beauty salon at a time.”

Yes, Dyson most certainly has their eyes on the professional beauty market. The brand is releasing a pro-version, with details on its U.K. site that includes a wider airflow "as wide as your brush". Does this mean a major pro-focus in the future? A tradeshow presence? Only time will tell.

We asked you on Instagram what you thought of the Dyson Supersonic and whether or not you’d be buying one. Here’s what you said:

@mariadavilahair: “I did the research on it, it’s definitely going to be a game-changer. I will be investing in one!”

@pegcribari: “If it is powerful, quiet and lightweight… BAM. I’m in for sure!”

@hellojasminn: “I would LOVE to try it! Professional discount?”

@jburnettstylist: “I think Dyson missed the mark by not letting the professionals use it first. Were they present at any hair shows? Most of our clients looks to us to guide them in purchasing hair products and hair styling tools. I wonder why they would miss such a great marketing opportunity. Many of my clients are asking my opinion on this product...I have no professional opinion on the Dyson hair dryer, therefore I cannot recommend this product to my clients.”

@jrod5140: “If it eases the load for my chronic neck pain, I’d pay double that price! I can’t wait to see what happens when put to the test!”

@sky_salon_lincoln: “Want and need one. Noisy dryers definitely don’t promote a peaceful atmosphere. Still, it has to work as well as a powerful traditional dryer or nobody’s going to buy (and keep) it.”

RUSK empowers colorists with the introduction of new color products

The new tool is made for pros who want to level-up their fading game.

New from GAGE for Men and Aseir Custom

The products work in tandem to style and promote hair growth.