Hairdressing Archaeologist Janet Stephens has combined career with personal passion and the result is rewriting history---literally.   A stylist with an intense interest in hair and costume history, most notably the lives of ancient Greeks and Romans, Stephens recreates the hairstyles captured in marble of the imposing Empresses and goddesses of old and in doing so, proved that the intricate braids and time-consuming styling was done not with wigs (as scholars have proposed for years) but on the long-ago lovelies’ own hair.

“One day, I was killing time at the Walters Museum in Baltimore while my daughter was at a music lesson and I ended up in the Ancient Roman collection,” says Stephens. “They were making changes in the gallery and they had set some of the portrait statues in the middle of the gallery and I got to see the back of the head and that is where all the hairdressing happens.  Usually, they are pushed up against a wall because they expect you to be most interested the face but I’m a hairdresser--I don’t care about her face, I want to see the hair.  I looked at the back of these heads and mentally started dissecting the style.”

Once home, Stephens pulled out a long hair mannequin and got braiding and weaving, using reverse engineering and her hairdresser smarts to recreate the shape.   But when she got to the point where she would attach to the head, she couldn’t make it work with u-shaped hair pins—the style kept falling apart.

“For years, scholars assumed that the styles were either invented by the sculptors or that these were wigs.  Technologically, wigs are much harder to make than to dress the natural hair.  Plus, if every single elite woman in Rome was wearing someone else’s hair, where was all this hair coming from?  Ancient authors talk about wigs pejoratively; things  that are normal and accepted rarely get talked about it, while things that are unusual do get talked about. So it made sense that wigs were not the norm.”

She hit the research library and tried to find any references to wigs, to hairdressing. She knew from previous study that every woman at this time, regardless of class, was trained in needle work. It was a natural leap to surmise that woman had translated needle and thread technology to hairstyles, “sewing” the many braids to attach them.

“It’s hard in our industrial world to think of a time when every single object was handmade, every thread of your garment was spun by hand, every fabric hand woven," says Stephens.   "There were fewer things so you had to be more creative with them. Fashion was expressed through hairstyles.”  And those hairstyles were created like the couture of today—they were sewn.

In her videos, Stephens uses tools typical of the time to create her styles.  The videos have thousands of views and comments from hairdressers, costume designers, and people fascinated with period styling.

“I throw it out there because there have to be other hair wonks like me.” 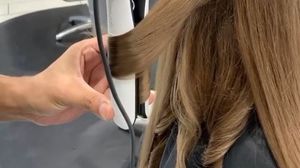 How to Curl Hair with a Flat Iron 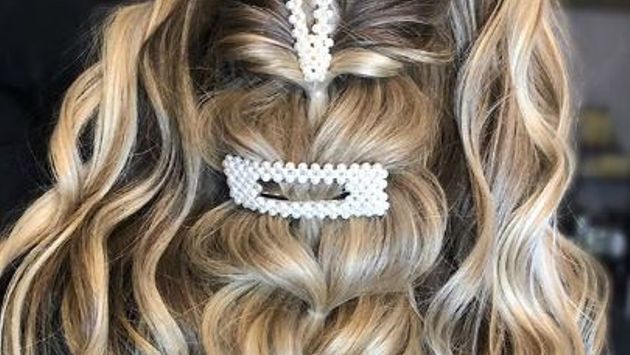