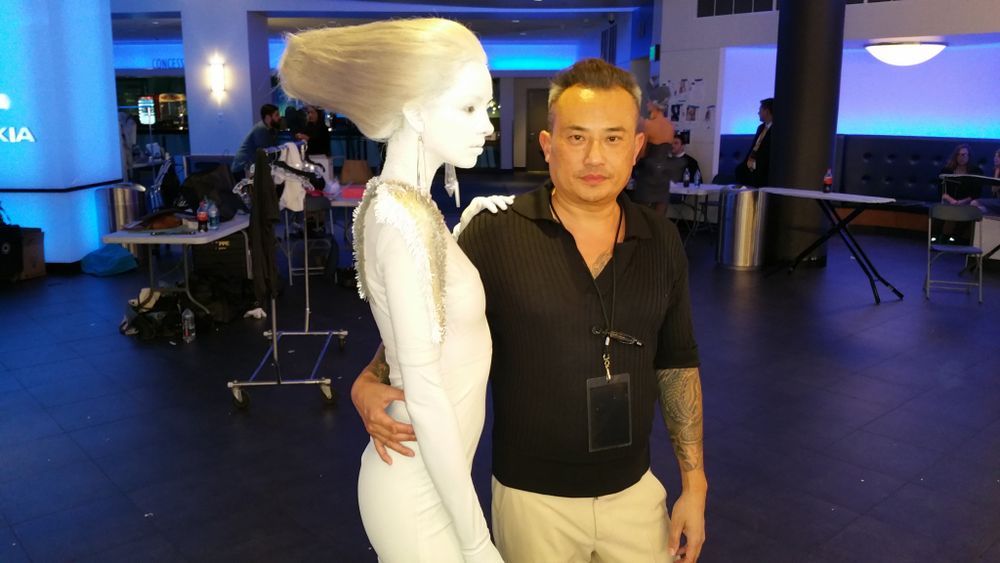 John Blaine with his model 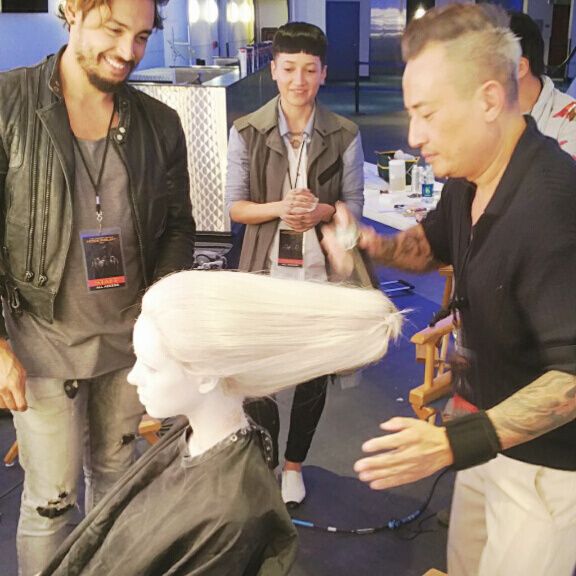 The hairstyle was shaped around a piece of Styrofoam. 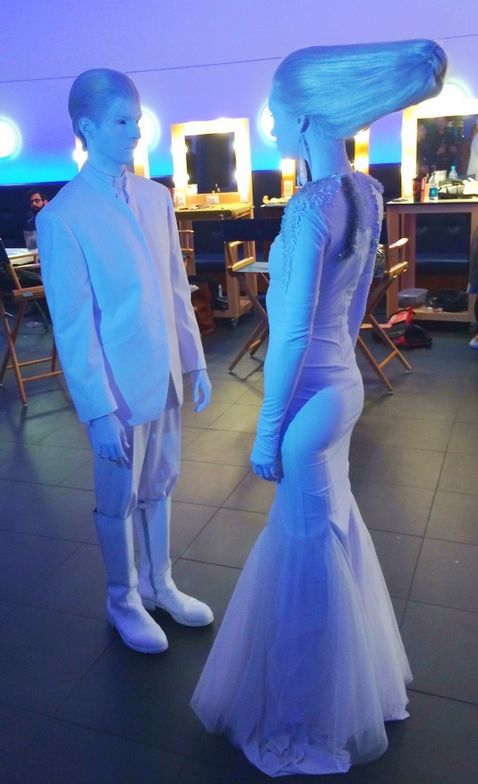 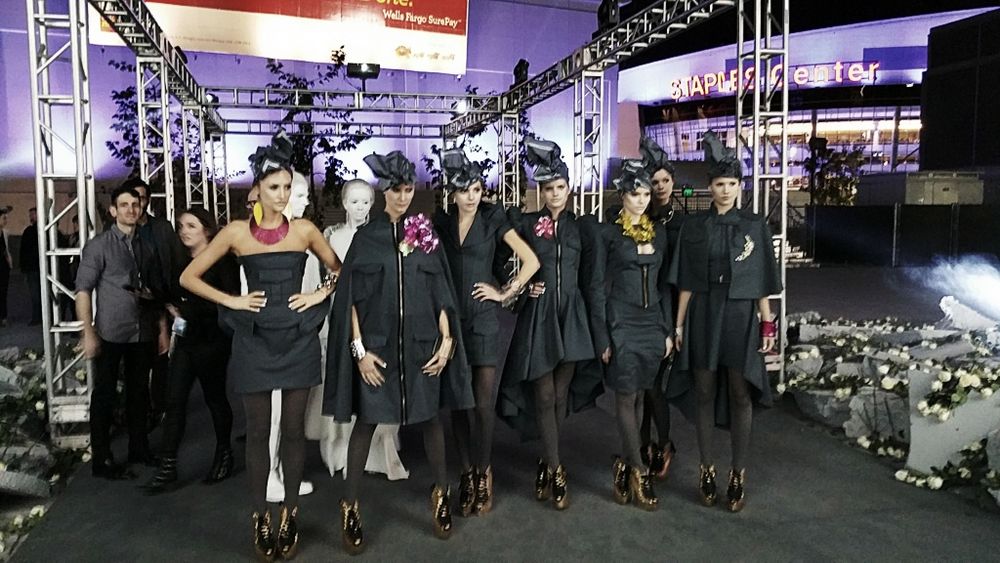 1/4
Slider
John Blaine with his model

2/4
Slider
The hairstyle was shaped around a piece of Styrofoam.

When the latest installment of the Hunger Games film franchise, Mockingjay—Part One premiered in Los Angeles on Monday, November 17, all eyes were on Hollywood.  John Blaine, an in-demand editorial stylist and creator of Vine de la Vie haircare, was tapped to design hair for models who would circulate throughout the premiere party as living art installations.  With an aesthetic that is informed by high-fashion, Blaine’s experience allowed him to create hair that would be both runway caliber and give a nod to the futuristic world created in the Hunger Games.

One of the looks Blaine designed was inspired by the character Effie (as portrayed by actress Elizabeth Banks) who has joined the resistance and has put aside her trademark over-the-top style in favor of something more practical.

“In all the movies prior, Elizabeth Banks' hair and makeup was extravagant and exaggerated, but now that she is part of the revolution she has lost all the glitter and the glitz," Blaine says. "Still, even in plain, drab fabric and a head scarf, she still has interesting shapes to what she is wearing that hints at her avant-garde personality.”

Blaine’s models are wearing exact copies of the scarves worn in the film.

“The color was originally a natural blonde, and I had to be very careful when lifting," Blaine says. "It’s tricky because you have control to a point and my goal was to extract all the color out of them and make them look like paper.”

He used Goldwell Ammonia-Free Silk Lift. “It’s amazing and lifted beautifully. This took it to a really, really pale yellow. “

He filled it with a temporary toner (Manic Panic Virgin Snow) and then did a second coating with a Paul Mitchell Temporary White.  Final step was to use Goldwell Tropics Special Lift Ultra Beige Silver 12VS with 5 volume. “The base of this is a little purple and I needed that dab of color to neutralize any orange so it became borderline silver and white, depending on how the light caught it. I like doing tertiary colors and colors that are hard to get.”

The planning process for the evening involved Blaine submitting mood boards to the executives at Lionsgate, the studio behind the film. “The one thing I didn’t want to do was hair that looked like a woman going out," Blaine says. "When I do a project like this, I ask myself, would this look right walking in an Alexander McQueen show or a John Galiano or Tom Ford?  I thought about a French Twist but one that was really exaggerated.  When you saw the model straight on, it looked like her hair was just pulled back but when she moved slightly, you see this giant fin.  It bridged the gap between reality and fantasy.”

His advice for someone interested in doing similar work? "You need to be someone who can learn quickly and who can do hair that looks undone, which is harder than doing something really specific," Blaine says. "You learn this from working at the fashion shows.  I recommend people go assist and learn how to tear down and quickly build up hair that has already been styled three times before it gets to you." Blaine’s assistants on the project were Ryan James, Mateo Lara, and Eddie Cook.

Bringing elasticity and strength back to hair is Blaine’s focus in the spring 2015 launch of his new line, Vine de la Vie.  “It incorporates ingredients only seen until now in exclusive cosmetics and skin care applications.”