Oribe has been taking their show on the road, hosting gatherings of stylists, salon teams and their partners in success during a city-wide tour.  Their most recent stop in Los Angeles drew a large crowd to Milk Studios in Hollywood on December 8, 2014.

Lobby displays introduced the attendees to the new Oribe fragrances, to their nail polish line Smith and Cult and was a place to meet with the Oribe team.

A stage show offered hairstyling demos from guest artists including Kien Hoang who created a "Sexy French Maid" hairstyle that incorporated many fundamentals.  Three ponytails were created, wefts of hair added, sections curled and, using the model's jawline as a guide, the hair was razor cut and then styled.   This multi-step process was then replicated by the hairstylists in attendance, while Oribe educators and artists circulated, offering guidance.

Contessa award-winner Dana Lyseng took the stage with her model who had been pre-lightened in a highlighting pattern with 20 volume.  Lyseng used a special mix of  Wella Color i.d. shades with a pastel developer to create unnaturally fantastic jewel tones of peach, silvery lavender and orange. 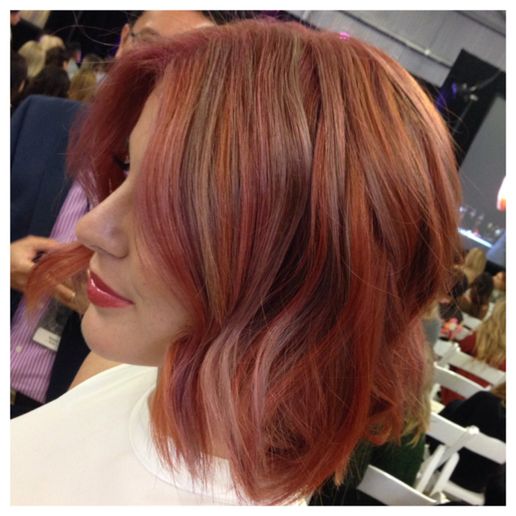 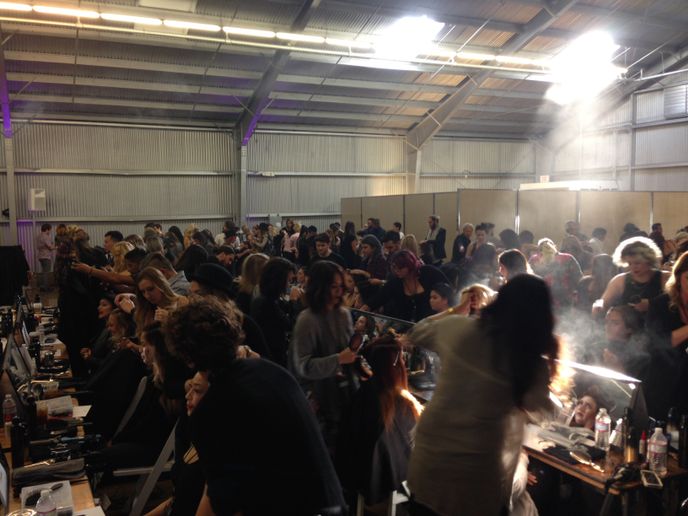