When you talk hair texture, get your terminology right first, then key-in on what’s different.

“Many people consider curl pattern to be the distinguishing factor between waves, curls and coils, but that is only one aspect of hair type,” says Michelle Breyer, president of TextureMedia Inc. in Austin, Texas. “Porosity, density, width and length greatly impact how hair will react to products, cuts and styles.”

Time for a beauty school brush-up! In lay terms, textured hair is wavy, curly or coily. What determines it: the follicle shape and the angle at which hair grows out of the head. 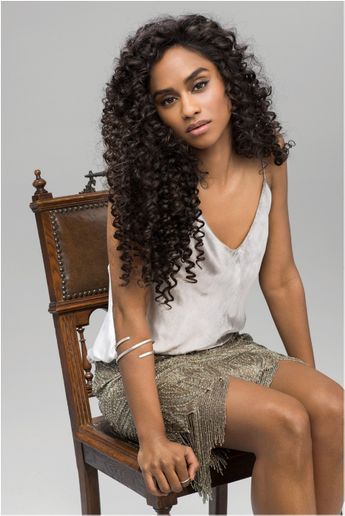 The follicle, which molds the hair’s shape, is either close to round (in straight hair), oval or elliptical (wavy and curly hair), or a very flat elliptical (coily hair). Additionally, straight hair grows perpendicular to the scalp, waves and curls can grow on a diagonal or oblique angle, and tight coils grow parallel to the scalp. As the coils grow out, they twist around themselves.

“Imagine a drinking straw; it’s what a cross-section of straight hair looks like under magnification,” says Sam Villa, founding partner of the Sam Villa brand and education artistic director for Redken 5th Avenue. “Now visualize slightly pressing on the sides of the straw to make it more oval shaped. This gives you an idea of what textured hair looks like. The tighter the curl pattern, the flatter the oval becomes. If you look at extremely tight coils, they are almost similar to a thick ribbon.”

Adds Shari Harbinger, vice-president of education for DevaCurl, “the growth pattern of textured hair—which makes up 65 percent or more of the population—typically follows a horizontal when growing, as opposed to the vertical growth of authentically straight texture. The tighter the texture, the longer it takes to see visually perceived length. Once you elongate or stretch the hair, the actual length is revealed.”

Additionally, says Josephine Salvatoriello from The Avenue Salon in Caldwell, New Jersey, it’s a common misconception that curly hair grows slowly—it grows, on average, at the same rate as other textures at about half an inch each month.

“The reason you may not notice the growth is due to hair shrinkage, which tends to cause the hair to grow out or at an angle, causing it to grow big instead of grow down,” says Salvatoriello, who is also a Lasio-certified keratin specialist and educator.

So, what does texture really refer to? According to Lakeisha Weston, an educator for Empire Beauty Schools in Memphis, Tennessee, “Hair texture is the thickness or diameter of the individual hair strand. A single strand can be coarse, medium or fine. Hair density measures the number of hair strands on one square-inch of scalp. Density is low, medium or high. So, a client might have low-density (thin) hair, but large-diameter strands or a coarse texture. Two people with the same hair texture can also have very different densities.”

Any client with a textured hair type can have different curl patterns throughout her hair, or even along a single strand. And a tighter curl pattern doesn’t necessarily mean a coarse hair texture—often it’s the opposite.

“Hair that waves usually starts getting wavy at the mid-shaft,” says Evie Johnson, a Mizani artist who works at E & E Hair Studio, Upper Marlboro, Maryland. “Curly and coily hair can have very mixed curl patterns throughout the head and on a single strand. Additionally, super curly or coily hair can be fine, fragile and break easily, unlike coarser hair, which has a large diameter.”

Adds Villa, “An easy mistake to make is to assume that tight curl has more density to it. It can appear to because each strand occupies more space due to how close together the pattern is. I’ve had many experiences where a guest comes in with natural curl and it seems like a massive amount of hair, but after blow drying it smooth, I realize that the overall density is quite low or sparse.” 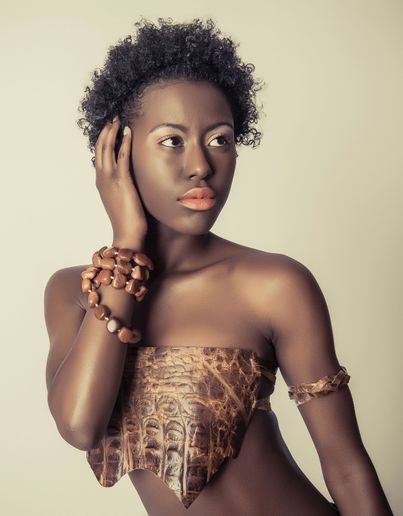 The final major player in working with waves, curls and coils is porosity or the ability of the hair to absorb moisture. Porosity is directly related to condition of the cuticle, which ranges from flat or smooth and resistant to overly porous, which is damaged, dry, fragile and brittle.

According to Paul Mitchell Schools Advanced Academy member Holli Cadman, porosity is a key factor with textured hair types. The cuticle of straight hair lies flat more easily, allowing for lower porosity, a closed cuticle and shine. As the hair increases in movement, that changes. Wavy, curly and coiled—or tight, compact zigzag formations of the cuticle—make the hair less able to lie flat, because the hair itself isn’t flat.

“The more open the cuticle, the greater the porosity and less light reflection off the cuticle or shine,” Cadman says. “Porosity must be taken into consideration when working with textured hair.”