As the beauty industry excitedly anticipates Rock the Cure, the City of Hope Spirit of Life gala set for July 11 at Mandalay Bay Hotel & Casino in Las Vegas, there’s excitement, too, in the City of Hope labs pursuing that elusive cure for cancer. Researchers at City of Hope medical center, which maintains a longtime collaboration with our industry and honors a prominent beauty industry award recipient at the Spirit of Life gala each year, report several promising developments in cancer research, including:

Immunotherapy: The human immune system is pretty adept at fighting disease, but tricky cancer uses a signaling system to avoid detection by the immune system. In a study co-authored by Karen Reck-amp, M.D., M.S., co-director of the Lung Cancer and Thoracic Oncology Program at City of Hope, a drug described as a “checkpoint inhibitor rather than a chemotherapy drug,” is adding to evidence that immunotherapy might be a treatment option for cancer. City of Hope scientists are also conducting studies using immunotherapy to battle aggressive brain tumors.

Precision medicine: Scientists are getting better at identifying the best treatment option for individual patients.

Virus heroes: Unlike chemotherapy, viruses can target cancer cells directly, activating the immune system to fight cancer without damaging healthy cells. The latest surprise virus to step up is herpes, which shows promise in battling melanoma, the deadliest form of skin cancer.

Drug duos: It's not uncommon for lung cancer patients to develop resistance to the most effective drugs. To alleviate this effect, City of Hope researchers are finding success by combining two drugs into one treatment regimen.

Because of advances like these and those that have preceded them, many survivors are living long beyond the cancer diagnosis. Joanne Mortimer, M.D., vice chair of medical oncology and director of the Women’s Cancers Program at City of Hope, offers tips for survivors to not only cope but thrive after life throws them the cancer curve.

Communicate concerns. Doctors want to help patients with fears and worries, but sometimes it’s hard to ar-ticulate all of that during an emotional exam. City of Hope uses a Support Screen to ask patients about their concerns, and the doctor has the answers to the questionnaire by the time the patient enters the exam room.

Develop powers of perspective. Even patients who stay energized during the heat of the battle may have a difficult time getting on with life once treatment ends. “There’s no test to tell if they’ve been cured,” Mortimer says. “Only time will tell, and that’s hard to live with—waiting. Nobody does that well.” Her advice to patients is to focus on what they can control, such as a healthy lifestyle.

Understand your place in the process. Patients play an important role in maximizing their post-treatment comfort. Even though doctors are aware of a treatment’s potential side effects, every patient will have unique symptoms and must let the doctor know in order to explore remedies.

Move your body. “Don’t gain weight, and continue to exercise,” Mortimer says, explaining that fat cells are metabolically active, and such activity encourages tumor growth. “Aggressive, healthy exercisers develop good coping strategies, and that helps with anxiety; it helps to get their head in the right place.” 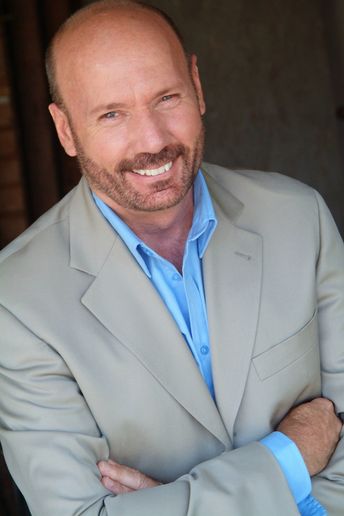 An Interview with Steve Goddard: Healthy Hairdresser's exclusive interview with the 2015 Spirit of Life Award recipient.

When City of Hope selected Pravana Founder and President Steve Goddard to receive this year’s Spirit of Life Award, Goddard had his choice of causes. He chose cancer, but not any specific type. “It’s all cancer,” he said. “Let’s go get it.”

Healthy Hairdresser: How did you come up with the Rock the Cure theme?
Steve Goddard: I’ve played rock guitar for most of my life, so this theme marries the two things I love the most—the beauty industry and rock music.

HH: Why are you passionate about defeating cancer?
SG: Like most people, cancer has affected my life. I lost my younger brother eight years ago to liver cancer. I saw what he had to go through during the year and a half he fought the disease.

HH: How does your dedication shape the corporate culture at Pravana?
SG: Finding a cure is a top priority in my company; we keep this fight at the forefront of our thinking. At City of Hope, there’s a wishing tree where people hang tags on which they’ve written their wishes. You see messages such as, “It’s been so long. I hope you come home soon, Mommy.” Here at Pravana, we started a similar tree. Each month we harvest the tree of all the wishes and, for each wish, make a $5 donation to City of Hope. In addition, we pledge 5 percent of all haircare and styling product sales to City of Hope. In about two years, we’ve donated more than $250,000.

HH: How would you describe working with City of Hope on the Spirit of Life gala?
SG: City of Hope is tremendous, helping me every step of the way in this campaign—from the content of the event and logistics of putting it on to developing a list of donors. I applaud them for how they’ve partnered with us. And when you tour City of Hope and see the advancements, it’s mind-blowing.

HH: In addition to the cocktail reception and dinner, what can you tell us about the Spirit of Life gala?
SG: For our headliner, we’ve confirmed Don Felder, formerly of the Eagles and a Rock and Roll Hall of Fame inductee, for “An Evening at Hotel California.” I also put together an industry band with [industry icon] Ann Mincey, Pravana’s Sara Jones, Helen of Troy’s Scott Hagstrom, Earthly Body’s Kevin Wachs and others. And for the first time, the gala will present a performance of hair artistry, with Sam Villa, Sherri Jessee and James Gartner. Should be fun!

HH: What do you tell salon professionals about their role in fighting cancer?
SG: I get emails daily from salon professionals who are holding cut-a-thons or want-ing to help in some way to find a cure. For the first time as part of this year’s Spirit of Life campaign, we’ve solicited support from salon professionals who participated in a Rock the Cure Cut-a-Thon on May 18. Through that cut-a-thon and with the support of Love Out Lavender, another fundraising organization that targets cancer, we’ve raised about $30,000 for City of Hope, and the cut-a-thon is now scheduled to become an annual event. We also held drawings for salons and distributors who participated or donated to the cut-a-thon, and we’re flying out 10 lucky winners to Las Vegas for an all-expenses-paid trip to attend Rock the Cure. Whether it’s on a national basis like that or just in your own community, raising money to find a cure for cancer is important. It all adds up.

From Sanitation to Social Media, Andis Advises These Strategies for Navigating COVID-19 Crisis

Andis offers talking points for shops that are open as well as shops that are closed, plus social media best practices and sanitation tips. Thanks, Andis.

MODERN, along with our sister outlets, SALON TODAY and NAILS, have been gathering valuable resources to help you stay safe and give you the information you need to keep you in the know during this COVID-19 crisis.

Coronavirus Communications With Your Clientele

These talking points from Sola Salon Studios have been prepared for their thousands of suite stylists to easily relay information to their clients. During these unprecedented times, many will be helpful for anyone struggling to find the right words or phrasing or next step forward.