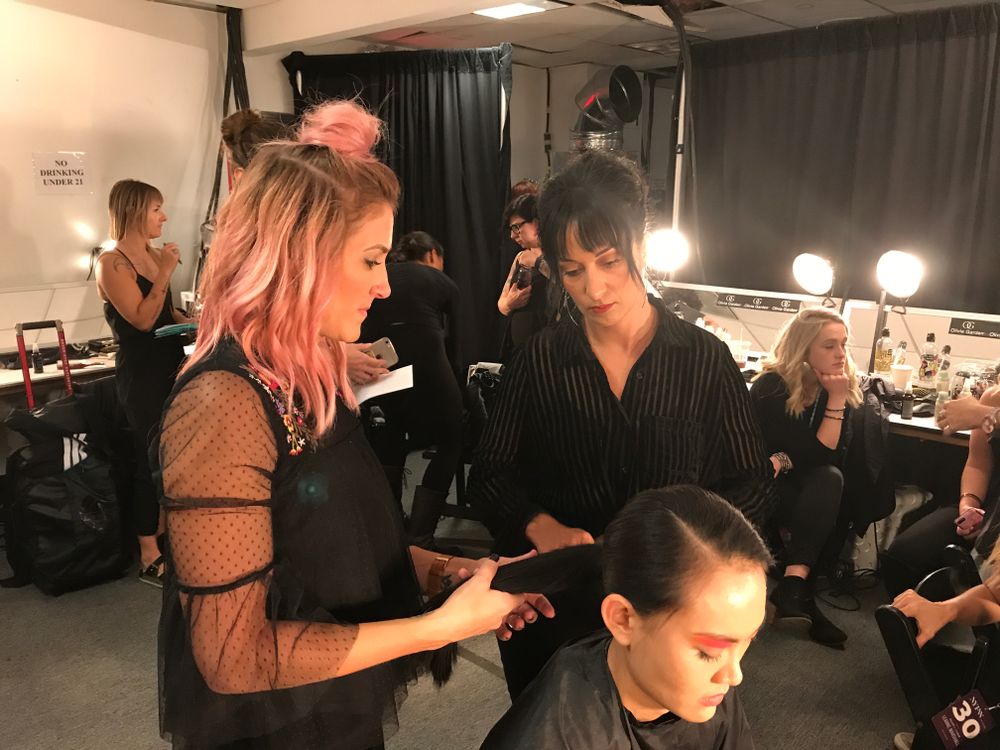 Sarah Shultz (brunette) with Andrea Krock behind the scenes for the Leanne Marshall collection, SS2018. 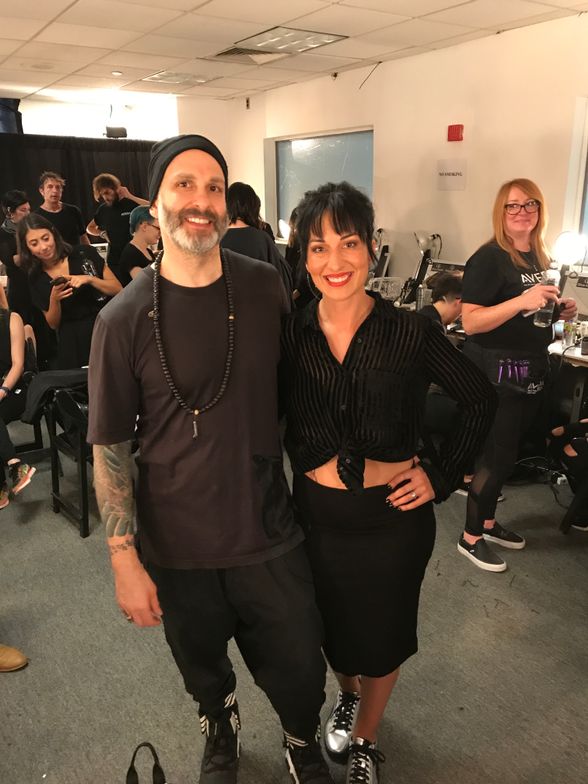 Aveda's Jon Reyman and Sarah Shultz behind the scenes at the Leanne Marshall show, NYFW, SS18.
1/2
View all

1/2
Slider
Sarah Shultz (brunette) with Andrea Krock behind the scenes for the Leanne Marshall collection, SS2018.

As a result of her styling excellence, Schultz was invited to work several fashion shows during the most recent NYFW held earlier this month.

MODERN caught up with Shultz (who was working side by side with best friend and boss Andrea Krock) at the Leanne Marshall show as they prepped the hair for her Spring/Summer 2018 collection. Shultz and Krock were creating a low fishtail braid that needed a lot of prep. “It’s all about making it gritty,” said Shultz before we pulled out our camera. “We are going through a lot of Pure Abundance and Thickening Tonic. They are the perfect backstage products.”

Shultz was thriving in what she admitted was an “intense environment” but one that was giving her one of the "best experiences of my professional life."  When asked what she learned in the class that she was able to bring to her experience, Shultz said 5 things became clear:

Check out this brief interview with Shultz behind the scenes at the Leanne Marshall show during NYFW SS2018: