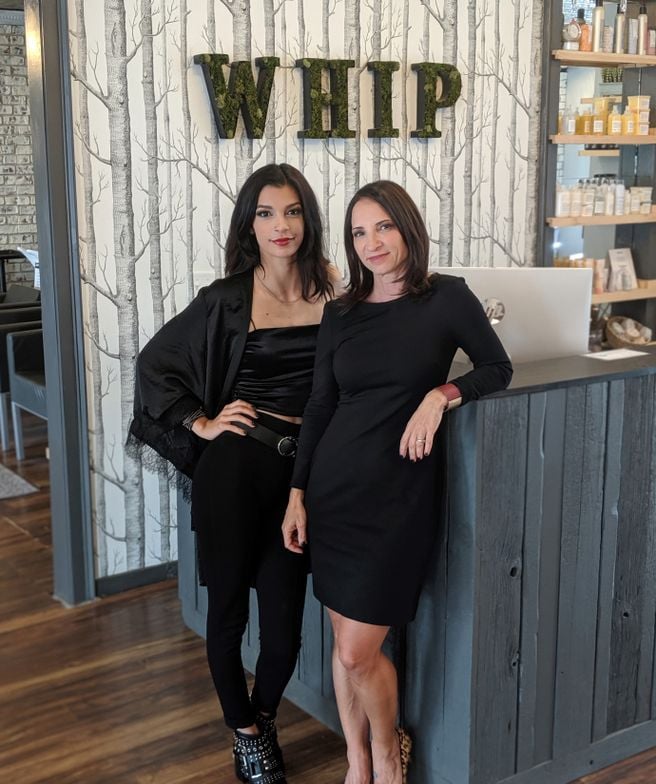 The Whip Salon brand is youthful, fun and stylish. Behind the scenes, the systems are goof-proof and efficient, from salon software and payroll to employee policies and social media. No need to reinvent anything with a Whip Salon franchise. The business is turnkey. 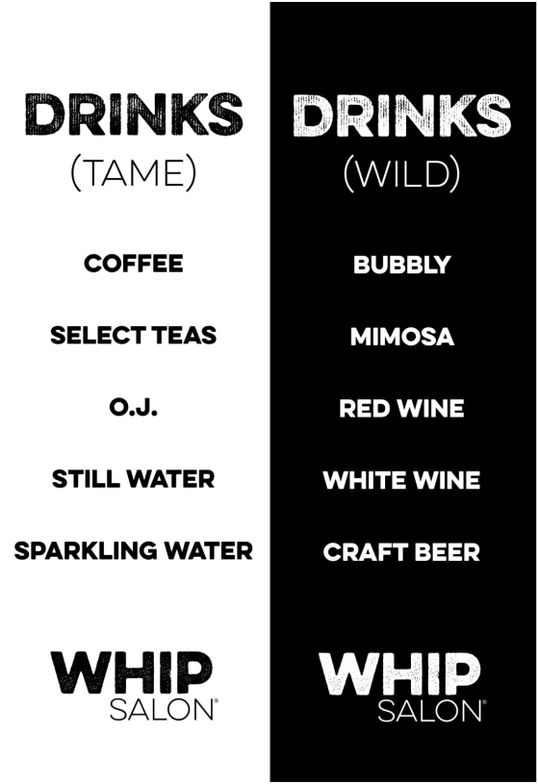 The Whip Salon team creates all marketing and collateral for seamless branding, and promotion is continuous to keep salons front and center in their markets. 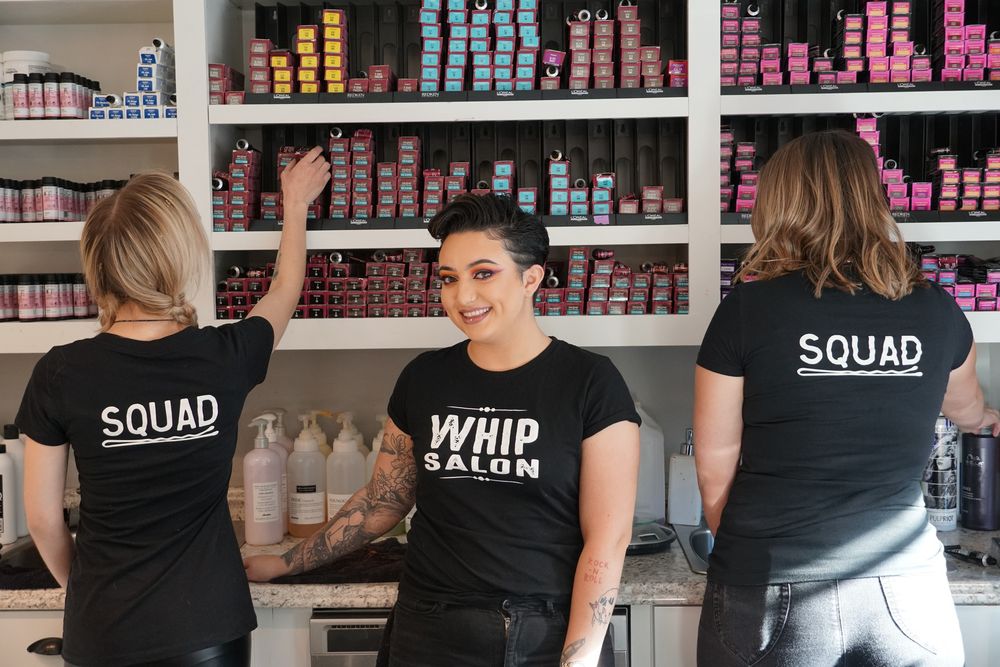 The Whip Salon brand is youthful, fun and stylish. Behind the scenes, the systems are goof-proof and efficient, from salon software and payroll to employee policies and social media. No need to reinvent anything with a Whip Salon franchise. The business is turnkey.

The Whip Salon team creates all marketing and collateral for seamless branding, and promotion is continuous to keep salons front and center in their markets.

Marcelle Tiffany graduated from cosmetology school in 2009, worked for a few salons, opened a café and then took a break to have her kids. Missing the hair business, she went to work at Whip Salon in Ridgefield, CT. From the start, she loved everything about Whip Salon—the edgy vibe of the brand, the systems that made everything easy for stylists and clients, the standards of excellence. So when Whip Salon owner Amy Pal offered her an opportunity to open a Whip Salon franchise salon in nearby Westport, CT, she jumped at the chance. And just three months into the venture, she couldn’t be happier. Here’s why.

Opening Day Came Really Fast
Once Marcelle jumped in, things moved rapidly. Amy had already secured an existing salon—a successful business with staff and long-time loyal clients. The owner, Bonnie Fredericks, was ready to step back after 23 years and spend three days a week doing hair for her clients. “I was ready to go away for the weekend and not have to worry about getting back to do payroll on Monday,” says Bonnie. In just 10 days, the build-out was complete and on the 11th day, the salon re-opened for business as Whip Salon.

The Transition Was Seamless
While the build-out was in process, Amy and Marcelle were busy transitioning the software, social media and website to align with the Whip brand. “When you open a salon,” Amy points out, “you have to do all of the back-end work from scratch, including establishing your brand and vibe, onboarding your staff, setting procedures and policies. With Whip, everything was in place for Marcelle so she was able to get started quickly.”

During the build-out, Amy and Marcelle conducted a three-day retreat for the salon employees, briefing them on everything from the new policies, culture and dress code to new pricing. “We canvassed the market and discovered we were going to be able to raise the prices,” says Amy, “So the staff was excited to learn they would be making more money.”

The Whip Salon team also kicked off a marketing program to prepare for the re-opening and generate excitement among the salon’s existing clients. “We knew some of the long-time clients would be nervous about the change,” says Marcelle, “but once they came in and experienced our new levels of customer service, the feedback has been very positive.”

She Can Pick Up Her Kids From School
There’s no escaping the fact that an owner must work hard, and Marcelle admits in the beginning, she logged many hours in the salon. But now, with the Whip Salon systems in place and staffing solidified, she already has more freedom. “I can leave to pick up my kids from school,” she says, “and even bring them to the salon. With two small children, this situation gives me a great amount of flexibility.”

She’s Not Alone
One of the best things about being a Whip Salon, says Marcelle, is the ongoing support. Amy and her team continue to provide all of the marketing for the salon—social media, advertising, etc. “Amy comes in once a week to work with us and conduct meetings,” says Marcelle, “and her team is a phone call away no matter what. I always considered opening my own salon, but this is so much better because of the knowledge Whip Salon provides. It’s so much easier than trying to figure everything out on your own.”

The Future Looks Bright
Business at the new Whip Salon is already up over last year and Marcelle is eagerly looking to the future. “I liked the Whip Salon culture from the beginning,” she notes, “and I love having my own business. I am my own boss and I see a clear path to financial stability but I’m not on my own. My immediate goals are for my staff to be happy and love their jobs and for my customers to be happy. It’s very possible I might open another Whip Salon in the future. I see that as very viable!”

Learn more about the ease and excitement of owning a Whip Salon. #get whipped