Luxury Brand Partners announces that it will be hosting Front Row 2016, a four-day event in which industry leaders will deliver education and share experiences with top salon owners, stylists and trendsetters from around the world.

In addition to main stage performances from some of the most talented names in the industry, Front Row 2016 will offer a variety of attractions, such as hands-on hairstyling sessions taught by master educators, celebrity-hosted forums and special events and entertainment ranging from poker tournaments, pool parties and fitness classes.

“We are thrilled to host one of the beauty industry’s most sought-after events of the year,” said Tevya Finger, president of Luxury Brand Partners. “Front Row 2016 has emerged from the success of Backstage – a single brand performance for Oribe Hair Care – and evolved into a multi-brand extravaganza for Oribe Hair Care, R+Co, V76 by Vaughn, Smith & Cult and friends. Through intensive workshops and cutting edge demonstrations led by visionaries from each brand as well as other industry experts, Front Row 2016 aims to raise the standard in what top-of-the-line education and beauty artistry can accomplish, both in and out of the salon.”

Front Row 2016 will feature mainstage education from the following educators: 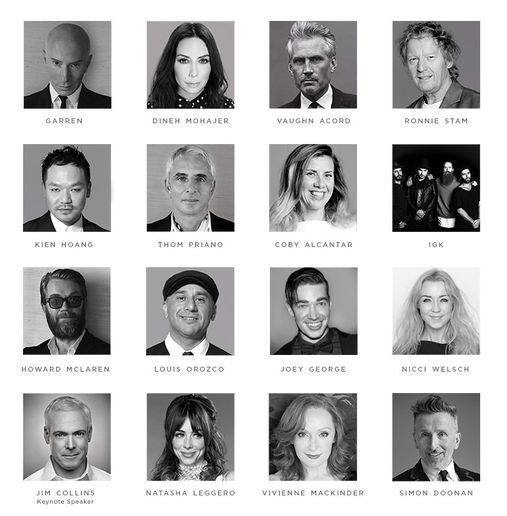 Tickets are available at www.LBPFRONTROW.com.

The Strands for Trans movement is designed to create positive change for the trans community by seeking progressive trans-supportive legislation. It's most recent campaign, Transphobe Takedowns, is putting out messaging to lawmakers.