A licensed cosmetologist since 1976, Bill Kochanski, has seen trends in beauty run their full cycle and then return, again. During his professional beauty career he been involved in sales, marketing and product development at companies that include Clairol, Redken, Trevor Sorbie, Rusk and Joico and is now at American International Industries (A.I.I.) in Commerce, CA, developing formulas for the classic barbering brands Clubman and Trés Flores and for Woody’s Men’s Grooming.  MODERN SALON had the opportunity to speak with Kochanski about the boom in men’s grooming and how his brands are meeting the demand.

MS: What stands out for you as significant in this increased focus on men’s grooming?

BK: It is a paradigm shift.  At one time, the barbershop was a refuge for a guy, someplace to get a shave and a haircut but also to socialize. That went away when we started to see shops become unisex salons.  It was inhibiting for men, having a women right next to them. So one significant trend is the return to barbershops as a hip, social environment.

There is a change in the way guys are looking at themselves and I think it is wonderful.  I thought for awhile it was a fluke and I am so glad we can put aside talk of the ‘metrosexual’ concept and really concentrate on men’s grooming and women’s styling and not treat men like a female client with short hair.

Also today, with the resurgence in short hair and more beards, there is an emphasis on learning traditional men’s grooming techniques not just adapting a short woman’s cut onto a man.

MS: Where can cosmetologists go to learn these barbering skills?

BK: These aren’t taught in beauty school so if you really want to learn how to use a clipper and to do more than scissor over comb you need to search out classes by Ivan Zoot, by Andis or Wahl.  Ivan keeps his classes really small and you can really learn how to translate time spent into dollars, how quickly you can make money on something.  He has never been given enough credit for what he has done to advance men’s grooming styles.  I really admire what American Crew has done, as well.

MS: Why has there been such a distinction between stylists and barbers? Will we see stylists starting to define themselves as barbers?

BK: Because they have a separate license (their license allows them to use an unguarded blade to shave), barbers in a salon space needed to be physically separated from the rest of the salon, usually with a wall  put up or they were in a separate room.

I see stylists picking up some of the techniques barbers used to do a variation of a style but I don’t see them developing men’s grooming skills. They are still more interested in hair color.  I think this is, for one thing, because they don’t feel like they can work fast enough.  A barber who is really familiar with their tools will achieve a result much quicker and a hairdresser is going to stick with what they know. The thinking is, I would rather do a hair color retouch for sixty bucks than do a men’s haircut that is going to take me just as long because I’m not as familiar with how to do it.

We’re going to see some assimilation between the techniques but you’re not going to see a huge shift, with large numbers of stylists becoming a barber.

MS: What have you developed with your brands to keep up with this boom in barbering?

Clubman has traditionally been talc, moustache wax, styptic pencil and aftershave so we looked at what a barbershop would want on the shelf as well as what a consumer would want to purchase and take home.  We came out with a traditional barber shave cream, a shave lather, a brilliantine pomade, a beard balm and a beard oil.  We also made the fragrances brighter and more contemporary.

Trés Flores is being repackaged and relaunched.  The brilliantine solid and liquid will stay the same but we’re coming out with new aftershaves, new body washes.

With Woody’s, we’ll continue to focus on beard and shave.  We just launched a Beard and Shave Center with Beauty Systems Group (BSG).  This center for shave products really represents the legitimacy of all those products and gives them a special home in the stores. Our price point is so well placed for most salons, they can try the products and get in the men's game without making a huge investment.

It’s really a cool time to take a look at what is happening in the men’s category.  It’s a wonderful opportunity to move out of the shadow of women’s styling and give men their own place. 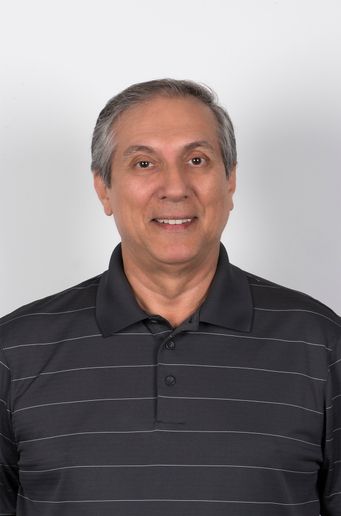