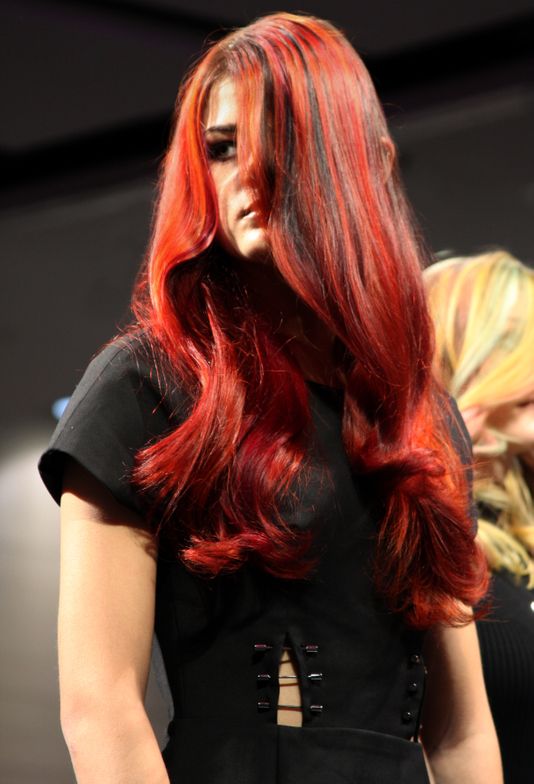 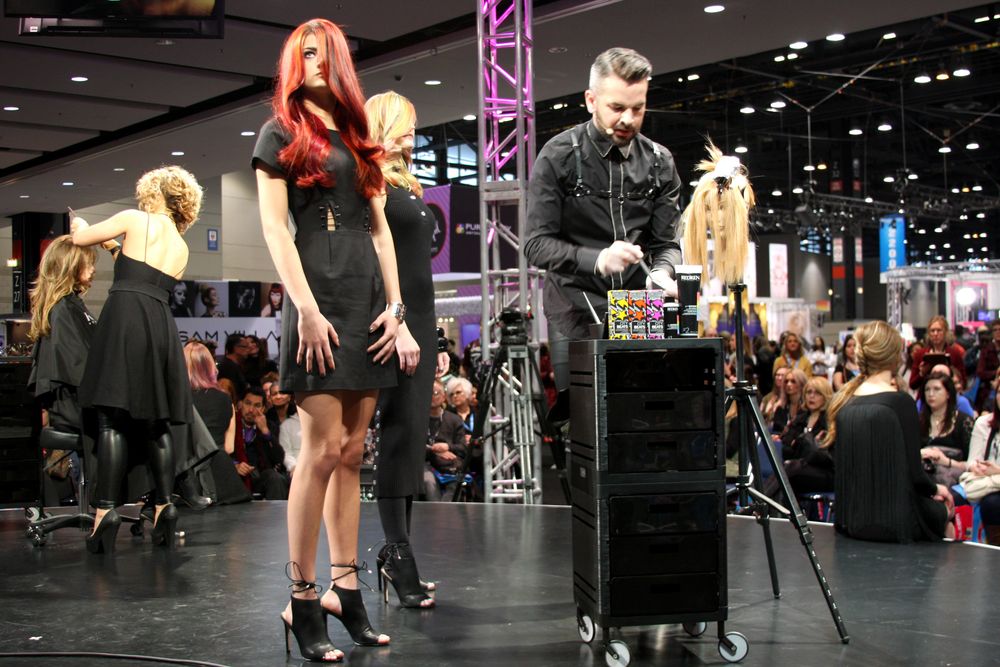 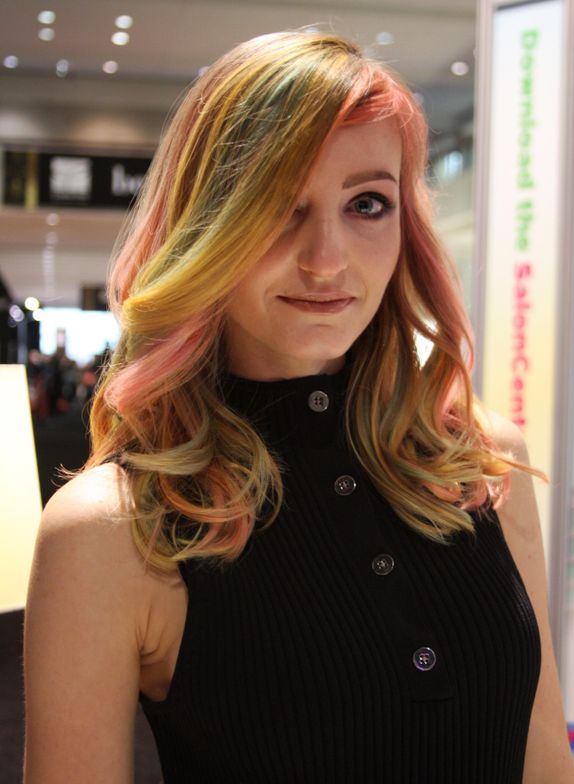 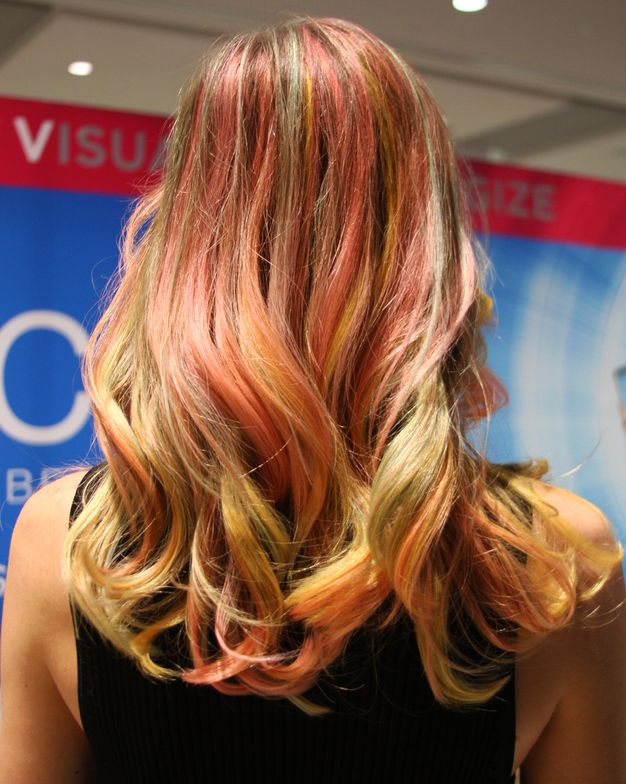 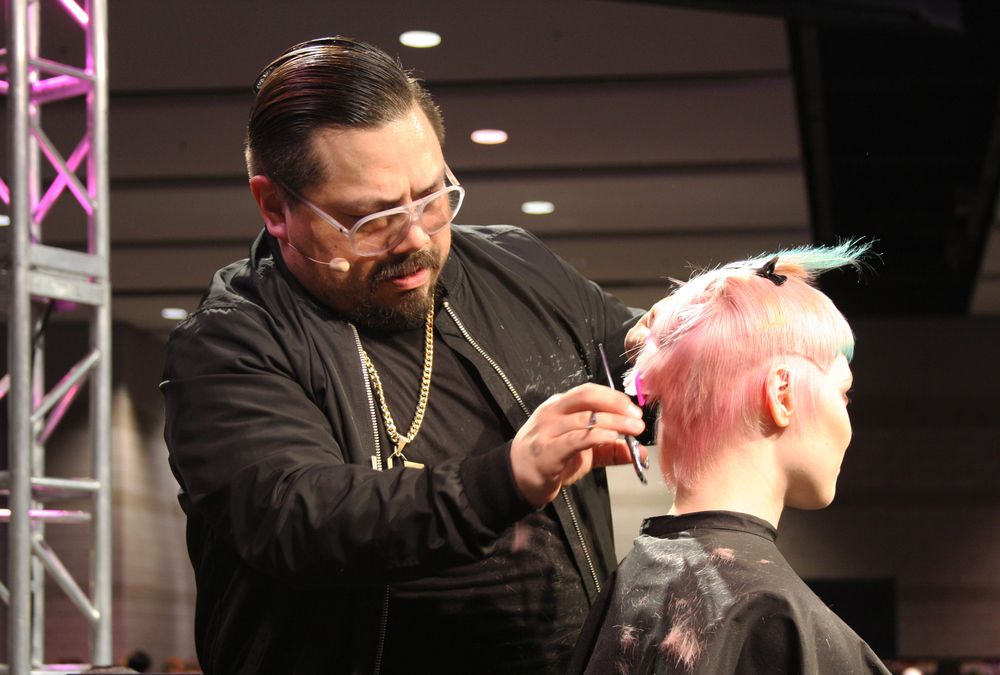 Hugo Urias shows off this hair cut during the Redken presentation at America's Beauty Show that features contrasting and gradient colors, and a strong fringe.
1/5
View all

5/5
Slider
Hugo Urias shows off this hair cut during the Redken presentation at America's Beauty Show that features contrasting and gradient colors, and a strong fringe.

While waiting for the gates of America’s Beauty Show in downtown Chicago to open, the show kicked off with crowds of people watching the “City Looks” presentation by Redken on the Salon Centric stage.

People who packed in to watch the first show of the day were treated to Redken’s trend forecast. Educators Lindsey Olsen, Hugo Urias and Sean Godard wowed spectators by showing three different techniques on cutting, coloring and styling.

One of the highlights of the presentation was when Godard announced what he sees surfacing in the realm of color. His “Sunset – Alternate Ego” model, a vivacious redhead with alternating deep red and dark dimensional tones, was his modern take on ‘90s, early millennia hair color. Vertical highlights and lines are making a comeback, he says—clients want bolder looks.

To create the red dimension on his model he used City Beats hair color.

Branching off of the “revisiting the ‘90s” trend, he dove into the importance of the galaxy hair color trend, and its present popularity. He also incorporated this trend into his model’s hair color as well. “When I was looking at visuals on what galaxies look like, you always see swirls and rounded patterns and textures,” he says. “With this model, we worked and colored everything in rounded shapes.”