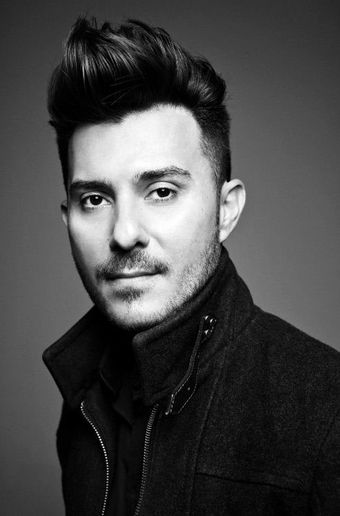 Celebrity hairstylist George Papanikolas, who has built a reputation as a go-to colorist for some of Hollywood’s most high-profile blondes and brunettes, has joined Matrix.

And now, Matrix has just announced that Papanikolas has joined the talented team of hairdressers, stylists and colorists at Matrix!

Papanikolas will bring this talent of creating “must-have” trends, formulas and application techniques for his celebrity clientele to the Matrix family, and, ultimately, to MODERN SALON readers as he gives sneak peaks, behind the scenes and insider info on all of the hottest styles and color design innovations.

THE MAN BEHIND THE HAIR

Inspired by his sunny, Southern California hometown, Papanikolas pioneered the “beach-style” highlighting techniques that have evolved into today’s popular ombré and balayage techniques. Over time he has perfected his techniques--creating natural-looking, sun-kissed color that looks, as he says, "like you've spent a summer at the beach rather than three hours in the salon."

Papanikolas earned his marketing degree at USC, whichallows him to marry both the artistic and business aspects of the beauty profession. In his spare time, he loves to renovate and design home interiors, and says the design fundamentals he uses for that type of work such as balance, scale and color composition are translatable to his work in the salon.

When not traveling for a specific client or project, Papanikolas can be found in West Hollywood at the Andy Lecompte Salon, and in New York City at the Rita Hazan Salon. And as a testament to his world reach and impressive talent, he has been invited to be a guest colorist at one of the top salons in Dubai.

“I’m really excited about joining the Matrix family,” Papnikolas says. “I’m honored to be part of such an incredible brand and to have the opportunity to contribute my experiences, skills and insights to the salon clients seeking to embark on an adventure with their hair. I also look forward to spreading the word about Matrix’s high quality, professional hair care, styling and haircolor products.”

Britney from Blonde to Brunette: Papanikolas Shares How to

The Strands for Trans movement is designed to create positive change for the trans community by seeking progressive trans-supportive legislation. It's most recent campaign, Transphobe Takedowns, is putting out messaging to lawmakers.