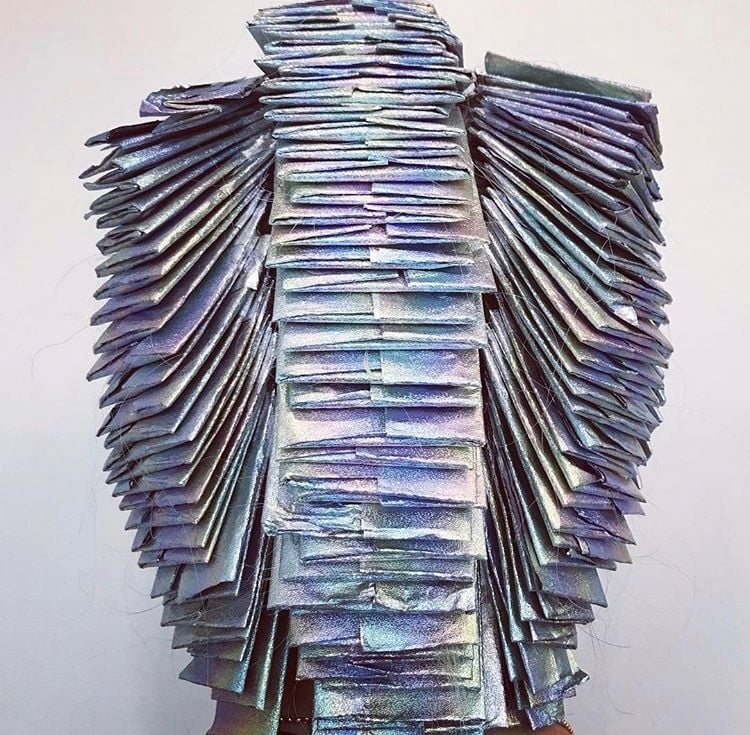 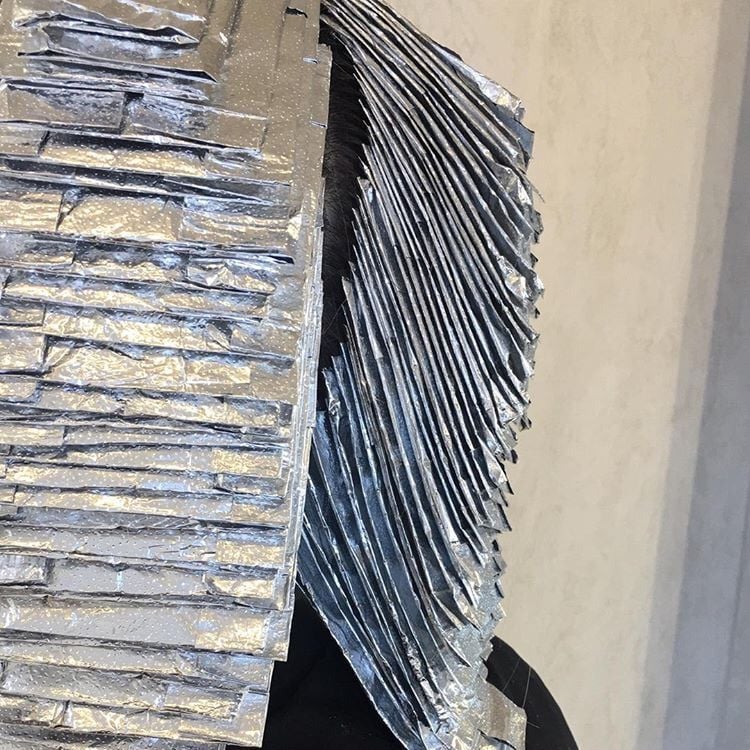 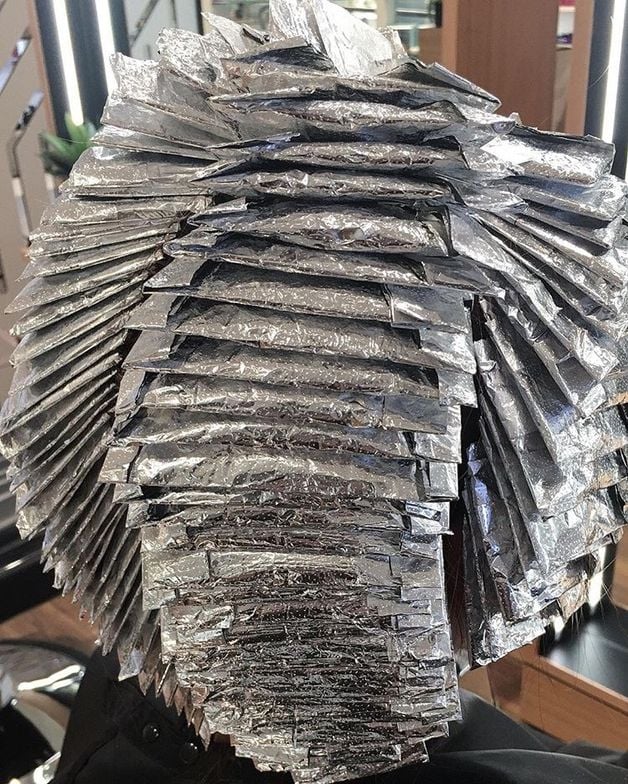 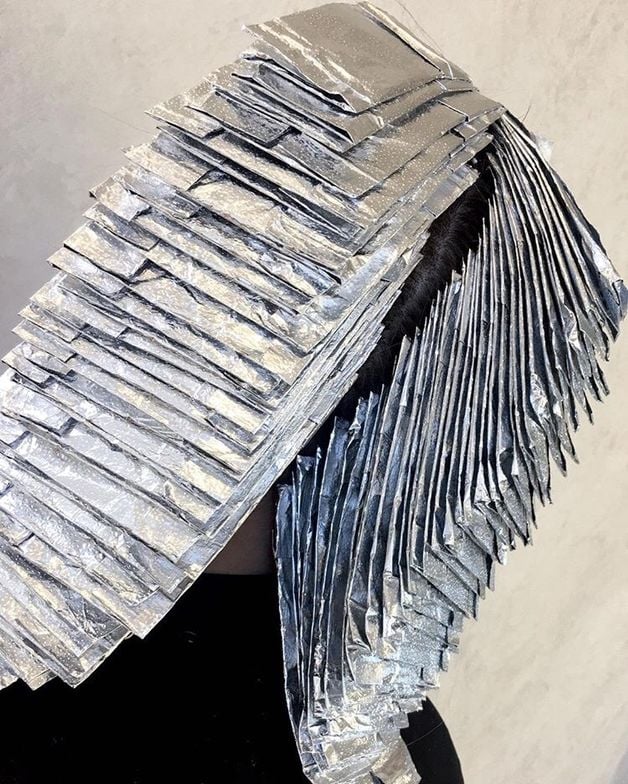 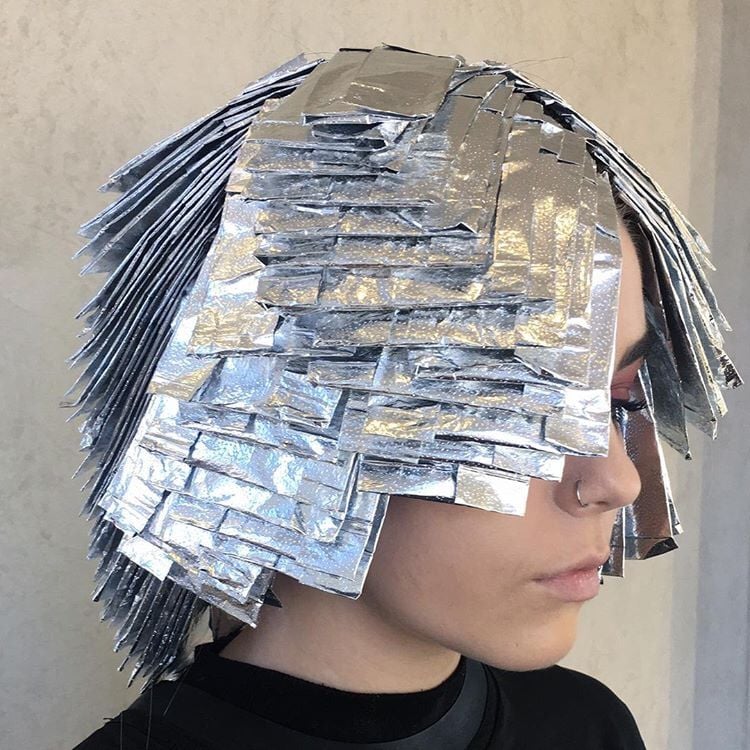 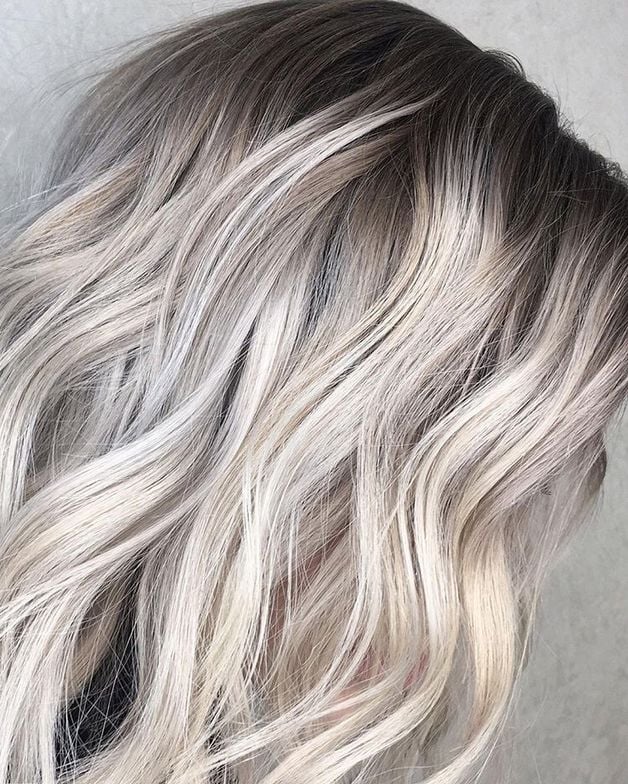 Each and every single time we see the Platinum Card shared, we screenshot it—it’s the coolest-looking #processingporn you’ll ever come across. Miles of foils stacked on top of each other in the cleanest sectioning and folding—what’s not to love?

Even though the lightening technique has been around for more than a decade, we wanted to learn more about the technique—and it’s not an easy Google. When we started poking around on social media to pull together the facts, we found Australian-based colorist Petta Skurteski’s page @p.s.thehairducator—her Platinum Card post is so beautiful we thought she’d be the perfect person to give some background.

WHY CHOOSE PLATINUM CARD?
Skurteski generally chooses the Platinum Card technique for the guest who wants to be lighter globally, from black to blonde or grown-out balayage with blonde ends. “As stylists, we’re so used to having to do multiple sessions with a guest to achieve her desired color using traditional methods like weave foils and bleach outs,” she says. “The Platinum Card gives the maximum amount of lift in one session, while also allowing amazing control when working with bands and different strengths of developer for different zones of the head. The Platinum Card technique is one of the ultimate modern color correction techniques.”

Alison Valsamis, @braidedandblonde, says she learned the technique 14 years ago in a Paul Mitchell school. “It’s the most efficient way to ensure even lift when was taking someone blonde,” Valsamis says. “By placing every hair in an individual foil, you can treat each section parting differently depending on banding, heat distribution, etc.”

HOW TO DO THE PLATINUM CARD TECHNIQUE
Chicago-based colorist Alexis Bills @chicolorist19, a member of the MODERN SALON Artist Connective and a MODERN SALON 100, says she learned the technique in her Paul Mitchell beauty school.

“You begin by taking 1/8-inch sections in slices and placing them in foils while totally saturating with lightener,” she says. “Beginning with a lower developer in the back where you begin your service, then upping the developer as you move up toward the front. The entire head is to be encased with 1/8-inch sections and foils. Once completed, you go back to where you began and hit the roots with the starting developer because the roots lift quicker due to heat from the head.”

Bills says the technique is great for clients looking to be platinum blonde that aren’t already blonde, and says it’s also a great technique to use on clients requesting any vibrant, fashion-forward looks (especially pastels) because the Platinum Card results allow for the hair to be evenly saturated and lifted to a more consistent level all together.

“The encapsulation of the hair in foils allows for heat to be trapped and help lift the hair properly so that your end result is cohesive and evenly covered with either the toner or the vivid color,” Bills says.

For Skurteski, she first began using the Platinum Card technique in the salon without knowing what it was. “I had a lot guests with overgrown dark-tinted hair with blonde ends that were struggling to get the orange tone out of their hair to achieve the blonde they wanted,” Skurteski says. “So instead of weaving foils I thought, ‘Why not apply back to back slices so no hair is missed?’ Before long, I started to see colorists I look up to on social media using the same style of foiling calling it a Platinum Card, so I started paying attention and asking questions to grow my understanding and knowledge on the technique.”

When we explored Instagram to find great images of the technique in action, we found incredible work from colorists all over the globe—big cities and small towns. The common denominator? The coolest in-process photos you’ll see!

“Platinum Card foiling is so incredibly satisfying,” says Shreeda Tailor, a colorist and educator from Houston, Texas. “I always section and fold my foils very neat and clean to begin with, and I have very clean sections—it’s so important to have a pre-determined path. If you know where you’re going, it helps to get there more efficiently. And, a huge part of the joy of doing a Platinum Card is seeing all the foils stacked on top of each other.”

GETTING STARTED
“The most important thing with Platinum Card foiling is to practice before you actually do it,” Tailor says. “If you aren’t in control of how long it’ll take you to do the whole head, you can cause a lot of damage to the hair. Once you have a strong understanding of your lightener you’re using, your technique and knowing your own capability, you’ll know how to choose the proper developer to begin with, rather than reaching for a 20-volume off the bat, maybe start with a 5-volume.”

Tailor says the Platinum Card technique is meticulous, and isn’t something you can step away from mid-process. “Once you start it, you’re in it.” Tailor cautions colorists to not use heat, due to the small, super-saturated sections that are completed incubated by the foil.

Colorist Hannah Menor @hannahdisconnected says she frequently does Platinum Cards as the ideal way to prep her canvas for creative coloring.

"If the hair is grown out more than 3 inches, I'll most likely turn to a Platinum Card, taking into consideration their natural base," Menor says. "It gives the best results in what I think can be the quickest, cleanest, healthiest approach for the hair."

PRICING
It’s tough to give a specific rate card for Platinum Card because most clients don’t know what it is, and generally don’t need to. “This is great for anyone starting at a dark level 2 brunette who wants to go lighter, or ashier,” Tailor says. “Even if it’s not for a vibrant color, but your client wants to be an ash blonde or mushroom brown. Platinum Card is perfect to take them to a clean blonde before you can make them ash.”

In general, Tailor says she considers how much she wants to make per hour, and her pricing starts there. “I’m familiar with my capabilities and how long it will take me to get to an end result. The additional pricing after that starting hourly rate comes from extra bleach per bowl.”

WHO SHOULD AVOID THIS TECHNIQUE
Tailor stresses how important it is that clients are diligent with home maintenance. “This is not for the client who won’t take care of her hair at home with proper thermal protection and treatments,” she says. “Any time you make that type of physical change to the hair structure, you’re going to need aftercare and be gentle with it.”

VIDEO
Paul Mitchell educator Stephanie Kocielski, a creator of the technique, is one of the best Platinum Card educators around. Here, she demos her signature Platinum Card technique.

Ever wanted to be a PLATINUM QUEEN, we took @jennaheat to the ICY side in 4 hours. We chopped about a good 7 inches AND all her hair was mostly natural to begin with! All key things when pointing out work and timing! ⠀ Using all @pulpriothair from lightener, to shampoo, to toning, to styling! ⠀ HOW AMAZING IS SHE!? 😍🤩😍🤩 ⠀ @hannahdisconnected #hannahdisconnected 👩🏼‍🎨👩🏼‍🎨👩🏼‍🎨👩🏼‍🎨